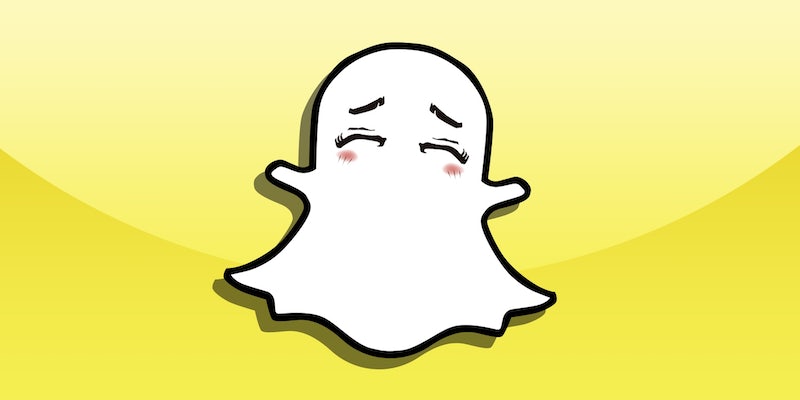 Snapchat under fire for another racist filter

This time people are accusing the company of making a 'yellowface' lens.

Yesterday, Snapchat users were introduced to a filter that, according to some, made everyone look like an offensive Asian caricature. The filter gave users slanted eyes, large teeth, and blushed cheeks.

.@Snapchat wanna tell me why u thought this yellowface was ok?? pic.twitter.com/sgpW4AFPsE

@Snapchat @snapchatsupport idk if u realize, but this filter is yellowface and u should take it down pic.twitter.com/MLSHz0Bbkl

Why do I get the feeling snapchat is being racist again pic.twitter.com/gWYxRU4Z99

A Snapchat spokesperson told the Daily Dot that the filter has expired and will not be put back into circulation—also, that Snapchat lenses are never intended to offend.

But this isn’t the first time a filter has been considered, at best, questionable. Most notably there was the infamous “Bob Marley” filter, which put users in blackface. Then there was also the bindi filter, the numerous filters that appear to lighten the user’s skin, and the filter it was accused of stealing from artist Alexander Khokhlov. The company has also been accused of lifting filter ideas from multiple makeup artists.