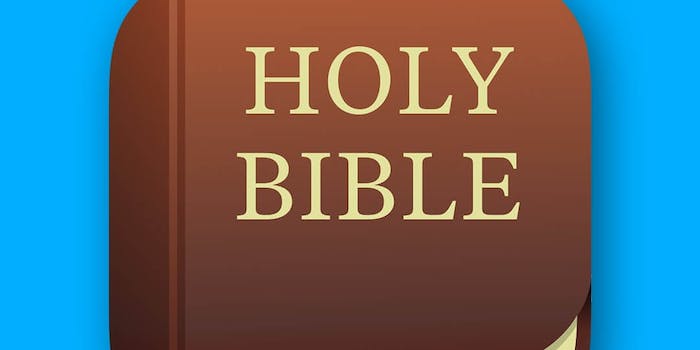 He was arrested after a local woman got suspicious.

A registered sex offender in Florida has reportedly been arrested after a tipster let law enforcement know that he was messaging underage girls on a Bible app.

Florida Department of Law Enforcement received a tip in September from a woman who is now being hailed as a local “hero” for noticing this pattern of Kersey messaging young girls. Kersey was reportedly on the app to “befriend young teenage girls in their church and communicate with them online.”

The tipster searched online for Kersey and learned that he was a registered sex offender, which alarmed her. She also reportedly told detectives that he only hung out with young girls.

According to Gizmodo, given that he is a registered sex offender, Kersey was legally bound to report his email address and social media activity, including his presence on the Bible app, to local law enforcement. His failure to do so is a third-degree felony.

The YouVersion app, which touts more than 350 million users, is popular but also has been reported to have problematic data security issues, according to CNET.

YouVersion founder Bobby Gruenewald told the Daily Dot in a statement that the app has security features including “permission-based” friendships for messaging and the ability to block other users.

“We are saddened by and condemn the actions of any user who attempts to get around these measures,” Gruenewald said. “This behavior is unacceptable and in clear violation of our terms of use.”