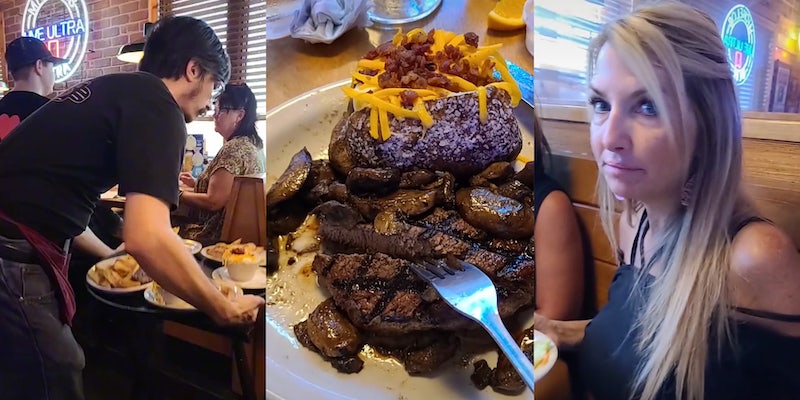 ‘You got some extra ingredients on it’: Customer flamed for admitting to sending steak back 3 times

A TikToker’s video showing a steak and being cut at a restaurant table as a man explains why he sent it back a total of three times has stoked the fire of critical viewers.

Posted by @chromenipples25 on Aug. 8, the video has been viewer more than 1.5 million times. In the video, the poster explains that being a Texan, he cooks his steak all the way through, saying that less “done” methods of cooking steak are for “yankees” and Californians.

However, many of the more than 14,000 people who commented on the video strongly disagreed, writing that the poster wasn’t a “true” or “real” Texan for not liking steak a bit pink.

“As a Texan, I think I speak for everyone one in Texas, we DO NOT cook our steaks ‘all the way through,'” one commenter wrote. “Medium rare or rare. That’s it. PERIOD.”

“All the way through?” another commenter wrote. “In Texas? That’s not even American.”

“I live in Texas and have never met anyone here who likes an overcooked steak like that!” a commenter wrote.

Other commenters called the man brave for sending a dish back to the kitchen three times and being confident enough to eat it.

“Just to let u know by sending it three times back you got some extra ingredients on it lol,” another commenter wrote.

The Daily Dot has reached out to @chromenipples25 via TikTok comment.