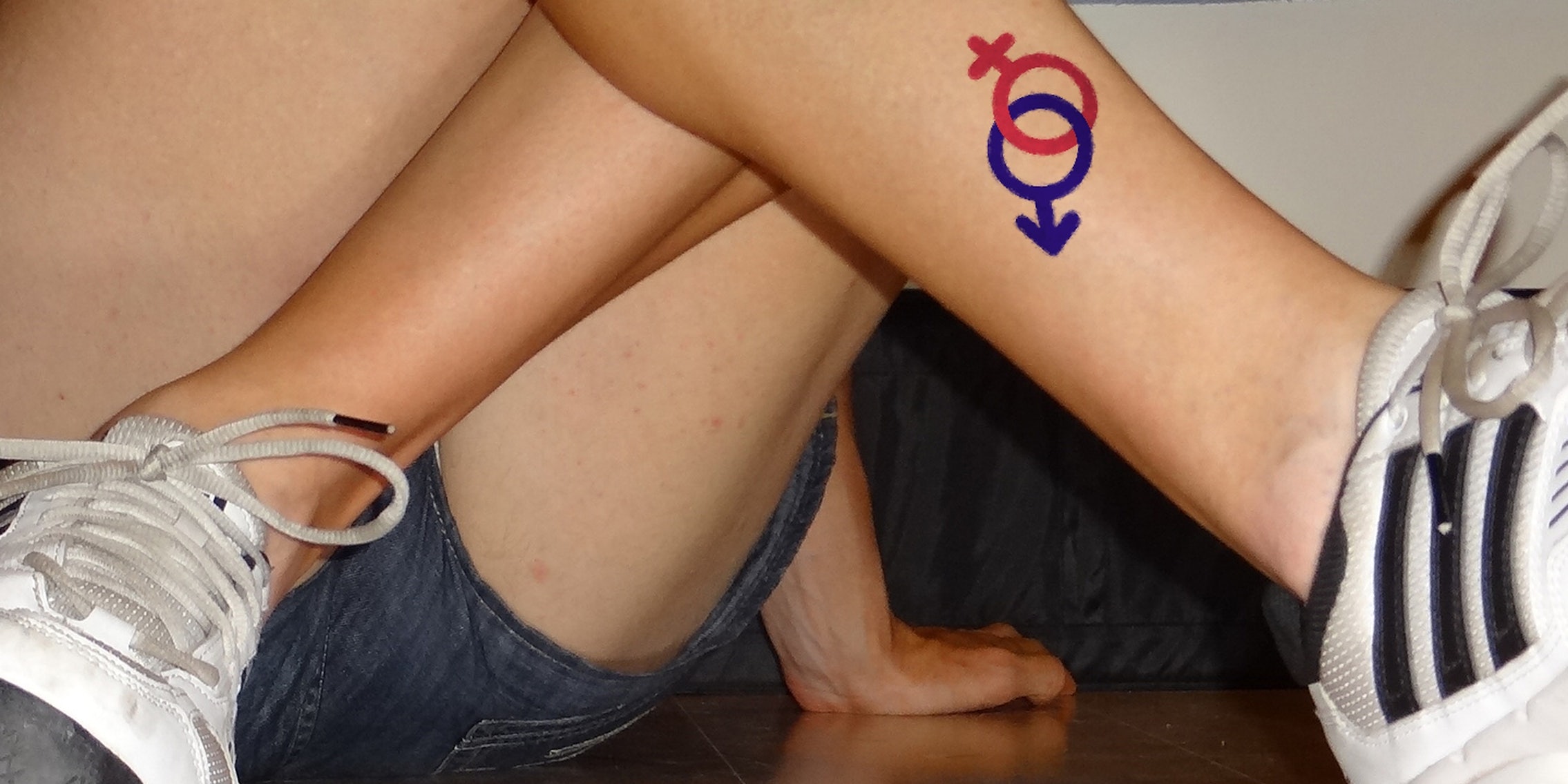 Are you there, God? It's me, hormone replacement therapy.

Gender transition is like going through puberty all over again: what’s this hair? Why do I feel so moody? How come people are staring at my chest all the time?

There isn’t much high-quality media available to help gently guide transgender people through the emotional, physical, and hormonal rollercoaster of transitioning. That’s what inspired a group of sex educators, comedians, and filmmakers to create Second Puberty: A Humorous, Informative Guide to HRT.

The group launched a Kickstarter on Monday to raise funds for the video, which they want to have a high production value and a trans crew. In fact, the Kickstarter is as much a casting call as a fundraiser, said the team—they want to give jobs to as many trans folks as possible through the project.

“I used to get angry for reasons I didn’t understand until I realized I was trans,” comedy writer and playwright Ashley Lauren Rogers told the Daily Dot in an interview on Monday. “And when I embraced my identity, I didn’t get these random bouts of depression and rage anymore. And a lot of that stuff was gender issues.”

Rogers partnered with longtime sex educator Lux Alptraum to brainstorm a funny, entertaining approach to helping guide trans people through the ups and downs of HRT (hormone replacement therapy). Together, they set out to create a video that mimics the hilarious, often uncomfortable sex ed videos that many American students are shown in school. Alptraum was already familiar with bizarre vintage sex ed videos through her webseries, The Wonderful World of Boning, in which she invites funny people to watch and comment on the scenes ala Mystery Science Theater 3000.

“We have these cultural conversation about pregnancy, about puberty, about menopause, about how hormones affect people during those times,” Alptraum told the Daily Dot. But too often, she explained, education related to gender transition focuses almost solely on surgery and other medical procedures.

“We decided we don’t want to come at it from a medical thing,” Rogers said. “Transitioning with hormones affects you emotionally, mentally. Those old-school videos talk about your changing emotions: you might feel angry sometimes, and you can’t figure out why.”

According to the 2011 National Transgender Discrimination Survey, the largest of its kind, the majority of transgender people have not had any surgeries. The majority also reported accessing “some form of transition-related medical care despite the barriers” but also having to basically teach their doctors about basic transgender health—meaning, there’s likely a sizable population of trans people taking hormones whose medical providers aren’t knowledgeable or experienced enough to properly inform them of side effects and other results.

A slew of startups launching this year aim to bring transgender health care into the 21st Century; websites like MyTransHealth and RadRemedy offer users the ability to search verifiably trans-affirming health providers, while QueerReview is rolling out a Yelp-like local review site that will include health and wellness sections as well as restaurants, public accommodations, anything queer folks want to boost.

But the team behind Second Puberty isn’t just looking to educate; they want to make you laugh. Comedy is an especially vital shield when it comes to tackling some of the more depressing issues that arise during gender transition, which is why the team includes so many funny people like Onion alum Joe Garden.

“The project is focused mostly on hormone replacement therapy, but I think it would be useful to include a bit on changes that happen to people who choose not to go on hormones,” said Rogers, who explained that she is not taking hormones yet still experiences a tremendous amount of change related to transition: “Like street harassment, being misgendered, things that affect you in your daily life.”

As the American mainstream learns more about transgender lived experience through TV shows like I Am Cait and Transparent, there’s still a unique obsession with the idea that gender transition is an “end goal” rather than an evolving, lifelong process. With a few surgeries and some hormones, a trans person is seen as “complete.” But often, the focus on anatomy leaves out some of the most important parts of the trans experience.

Alptraum worked for years as an adolescent sex educator, and said that an “influx of new feelings and emotions” is what kids talk about most regarding puberty: “Seeing your body change, even if you’re excited about it, can be stressful and emotional.”

That kind of emotional mixture of excitement and fear was also explored in the film How To Lose Your Virginity by director Therese Shechter. Shechter was inspired to join the Second Puberty project after working with a middle-aged trans woman named Meghan for that film, in part to continue exploring the theme of a “second virginity.”

Shechter shot the footage when Meghan was in her late 40s and going through a transition. She’d been married and had a son, but mused about the prospect of losing her virginity as a woman, with all the wonder and uncertainty of puberty.

In How To Lose Your Virginity, Meghan recalled first having sex (as a young man) at age 19 and feeling as if she never really lost her virginity. With a high school girl’s shy nervousness, she says: “I’m really looking forward to it. The operation may not come for a couple of years. So, what do you do when you’re a 50-year-old virgin?”

It’s exactly that kind of question we hope to have answered with the release of Second Puberty.