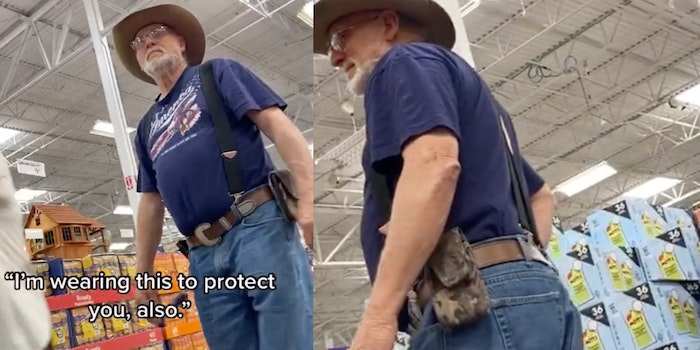 'I’m wearing this to protect you.'

A man in Savannah, Georgia, politely confronted a fellow shopper at a Sam’s Club for carrying a firearm for “protection” but failing to have on a face mask for the same.