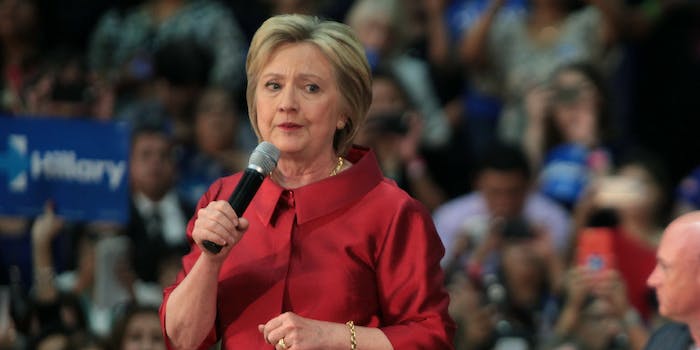 The video, titled “This is how Hillary gets black votes” on Reddit, was posted in the form of a gif by an account named Rubinjer to the Trump-supporting thread r/The_Donald during the 2016 election.

The Rubinjer account, which has been banned and archived, had more than 100,000 upvotes within communities such as r/gifs and r/interestingasfuck, building its karma score and relevancy on the platform. It was one of 944 accounts that Reddit announced on Tuesday had been banned for “suspected Russian Internet Research Agency origin.” Last year, a former IRA employee revealed that the agency had created a fake video of a Black man having sex with someone who looked like Clinton, framing it as a sex tape.

While Reddit’s “suspicious accounts” list shows that that 7o percent of the accounts had zero karma (the “upvoting” scoring system based on likes and comments), 13 accounts, or 1 percent of the total 994, had 10,000 in karma or more, with Rubinjer having the most at 99,493.

Despite Rubinjer’s supposed influence, however, his animated gif of the fake Clinton video “largely fell flat,” according to NBC, gaining mostly skepticism from other Reddit users.