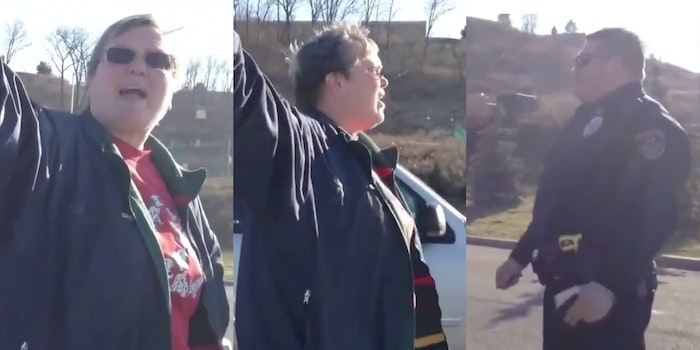 A video shared to Reddit on Thursday shows a woman dubbed “Road Rage Karen” threatening another person—right in front of a police officer.