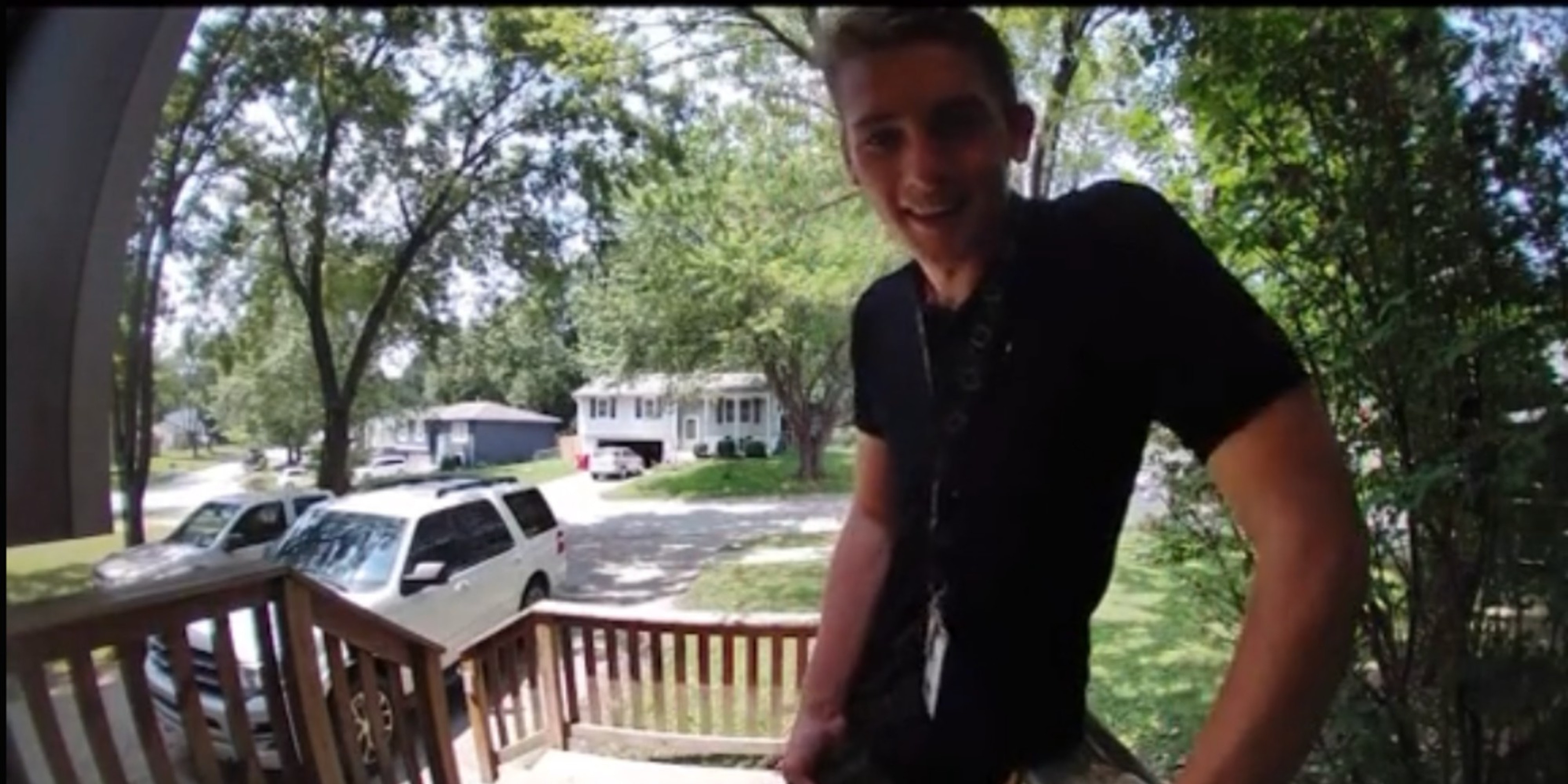 'I promise it'll take me three minutes or less,' he says after she asks him to simply leave a business card.

A TikToker captured a persistent salesman who came to her home and proceeded to do his sales pitch—even when she told him she wasn’t going to open her door because her husband had COVID.

The video came courtesy of the @allip23 account, which had gathered more than half a million views as of Wednesday afternoon, with reactions ranging from remarking on the cringe level to finding him “kinda funny” to one commenter “wish[ing] I had an ounce of his confidence,” before considering, “But not more than an ounce. Stuff looks dangerous.”

The video gets some context courtesy of a caption reading, “These door to door salesmen bro. Thank God for Ring Doorbells lol.” The video is a clip from a Ring video, which starts with the salesman ringing the doorbell and casually hanging out on the step before the TikToker greets him with an unsure “Hello” through the doorbell intercom.

“Sorry to make you come to the door,” he said by way of greeting. “I’ll be real quick. Don’t worry.”

“I would come to the door, but my husband has COVID,” she said in response. “So I don’t want to expose you to that.”

He responded, completely unphased, “Oh, I’m vaccinated and I’m really not that worried about it.”

She then asks what he’s selling, and he responds, “Drugs! I got ’em all,” before listing a few off the top of his head.

“I’m gonna pass on that today,” the TikToker said, registering a bit of disbelief and maybe a hint of amusement in her voice.

Then, he explains his real intent. “I’m doing the mosquitoes and spiders out in the yard, around the house. I’m getting everyone done.”

When she asks him to leave a business card, he comes back with an applaudable line. “I’m not the flyer boy, but I promise it’ll take me three minutes or less.” He then adds, “I’ll even give you six feet,” backing up to show he means it.

However, she was not having it. “I’m gonna let you go,” she said, before sending him on his way. Posting the video did at least allow her to commiserate with commenters and determine that he could have been way worse.

One commenter observed, “Respect to him for leaving when you said you weren’t interested.”