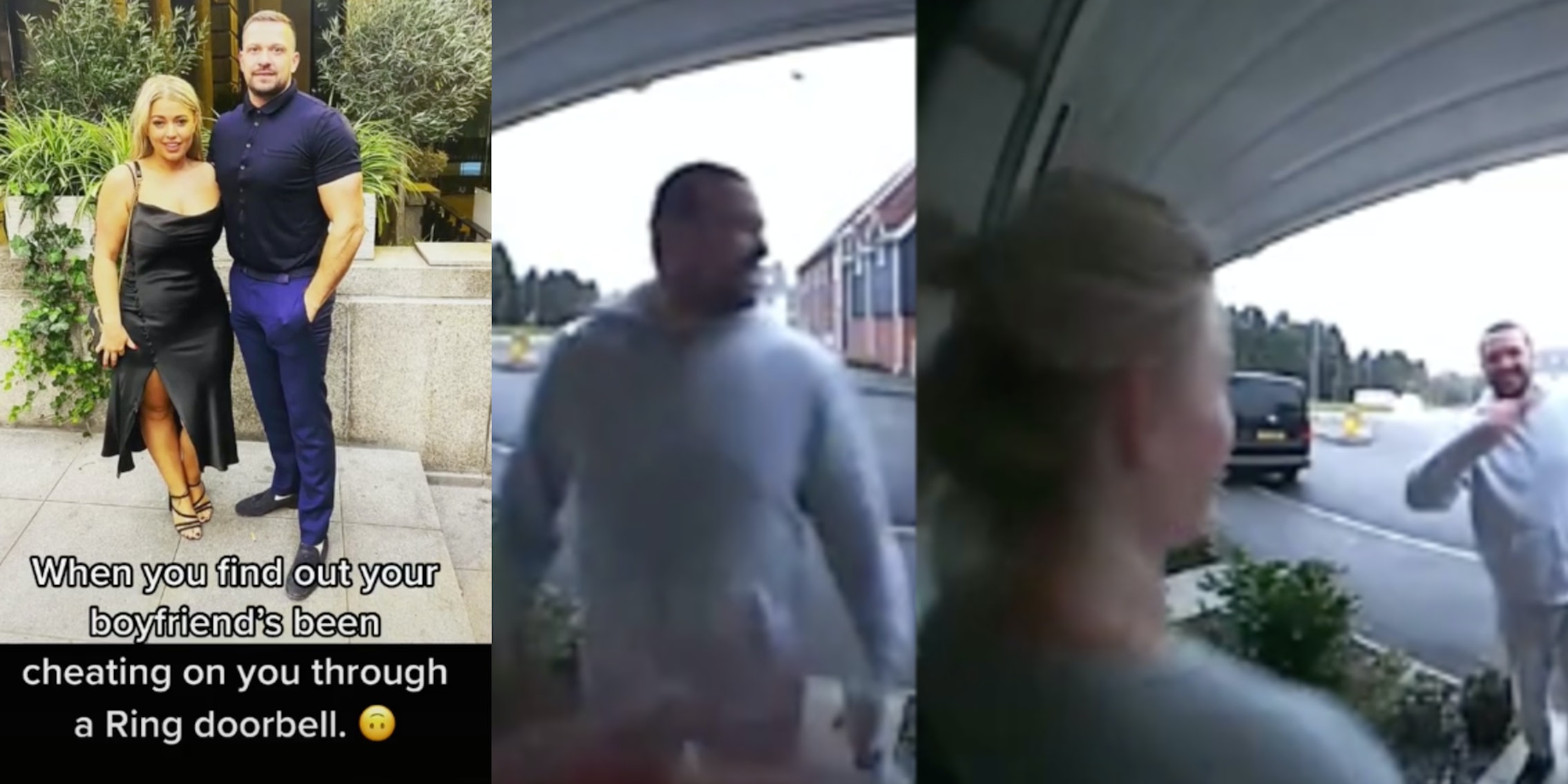 'When you find out your boyfriend's been cheating through Ring doorbell.'

A woman on TikTok shared the moment she realized her boyfriend was cheating through a Ring doorbell recording.

In the now-viral clip, the man in question is standing in the doorway of another woman’s house. He goes in for a quick kiss before walking up the road. But unsatisfied with the goodbye, the woman he’d been cheating with jumps on his back for a quick squeeze.

The TikTok user captioned the video clip: “When you find out your boyfriends been cheating through ring doorbell!” She followed the text with the hashtags, #cheat, #ex, #girl, and #single.

In the comments, the user, Charley, explained that she found the video on her boyfriend’s phone after the woman sent it to him, claiming it was “funny.” Charley said that her now-ex boyfriend is “long gone” out of her life.

Since being posted earlier this week, the video has received nearly 700 comments from stunned viewers claiming Charley is better off without him.

“You’re too good for him anyway,” one said, according to the Sun. “Hope you left!”

“You deserve better than that,” another added.

Of course, this isn’t the first time Ring has caught people engaging in suspicious activity. Late in 2020, a Domino’s Pizza delivery driver in the U.K. was caught rubbing food on his crotch before handing an order to a customer.