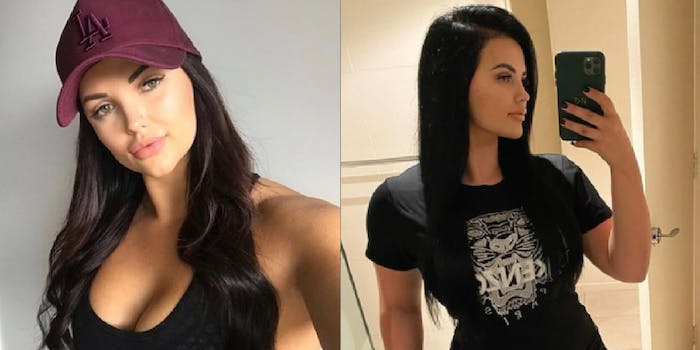 Renee Gracie tried to ban them from viewing her content.

A former v8 Supercar driver and current OnlyFans creator, Renee Gracie, went off on her Indian followers in a racist rant over alleged stolen content.

Gracie claimed her videos and images were stolen and used for fake profiles, and she specifically accused her Indian followers of doing the stealing.

“To all you Indian a**holes on my page. Stop stealing my images,” Gracie wrote. “Stop making pages of me and stop sharing my videos and images illegally.”

Gracie claims her content was stolen by people in India since a story about her career change went viral in the country. In her post, Gracie alleged her Indian followers stole and distributed her content for profits and is attempting to ban them from her page.

“I don’t like Indians now. If you have shared or stolen my images [you’re] an a**hole and I hope you get what comes for you. If [you’re] Indian, get off my page now! [You’re] not welcome here anymore,” Gracie wrote.

Gracie, a 25-year-old Australian, is one of the top content creators on OnlyFans. Previously, she was part of an all-female racing team and was the first Australian woman to compete in racing full-time. In 2016, Gracie’s racing team dropped her as a driver, and she stopped competing. Gracie now boasts well over 16,000 “fans” on OnlyFans.