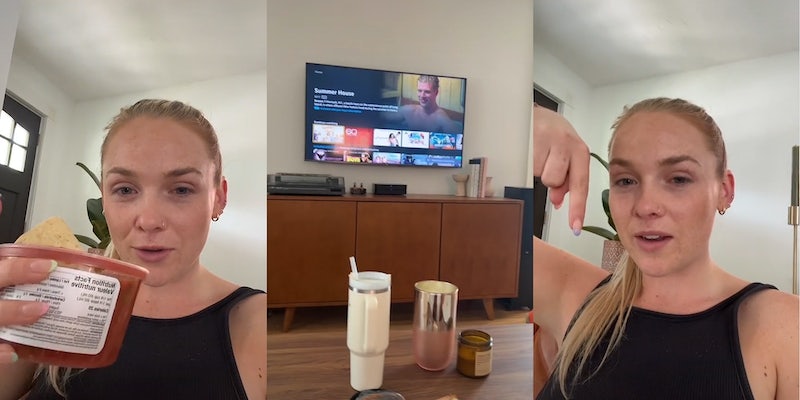 ‘They just hit the kill button on my computer’: Remote worker gets fired-from-home

'This happened to me too on a Tuesday.'

A remote worker talked about her experience being fired while working from home in a viral TikTok.

Caro Schissler (@hicallmecaro) posted a TikTok on Wednesday announcing that she had been fired from her remote job. In it, she explains that she had a day of meetings scheduled and was laid off. While messaging her co-workers after the fact, Schissler says her former employer “hit the kill button” on her work computer and disconnected her from Slack, an application she was using to talk with her old co-workers.

In the video’s hashtags, Schissler reveals that she was laid off from Shopify, an e-commerce site. On Thursday, her video had over 210,000 views.

In an all-hands memo released on July 26, Shopify’s CEO Tobias Lütke said that 10% of the company would be laid off. Lütke explained in his open letter that the company had expanded to meet pandemic demands. Now that e-commerce sales have dropped thanks to lockdowns being lifted, Shopify has to reduce its workforce.

In a follow up TikTok, Schissler says she feels angry and hurt about being fired after working at Shopify for three years and feeling that her job was part of her identity. She also thanked viewers and followers of hers for getting in touch with her about future opportunities and helping her expand her professional network.

“This happened to me & it’s really tough when they shut your [computer] off and you can’t say bye to ppl properly,” @tostitolover94 commented.

“I woke up early to prepare for a presentation of some recent work and having that taken away somehow made it worse,” @thehannahschm, who identified themselves as a fellow former Shopify employee, wrote.

“This happened to me too on a Tuesday, felt kind of relieved after a month off,” @alacroixcrutch commented. “There are def better things out there for you.”

“This was me a month ago. I feel for you. But there’s light at the end of the tunnel,” @danielleajeto wrote. “I signed a great offer today. Stay strong.”

The Daily Dot has reached out to Schlisser via TikTok comment and Shopify through email.