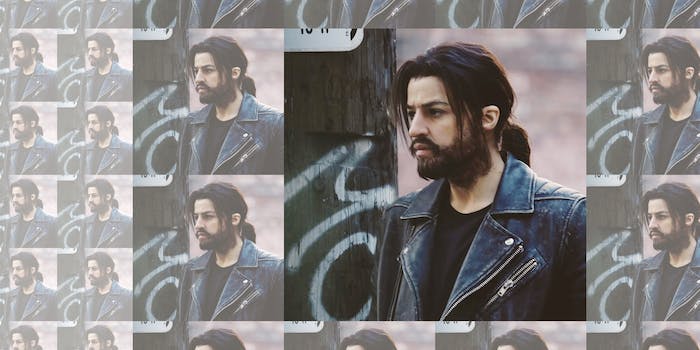 Has anyone ever been 'tricked' into changing genders? Is reassignment supposed to be violent punishment?

Back when it was first announced in the fall, the new Michelle Rodriguez star vehicle was called Tomboy. Now titled (Re)Assignment, the film positions Rodriguez as male hitman Frank Kitchen, who is tricked into undergoing gender reassignment surgery by a “rogue doctor” (Sigourney Weaver) who turns him into a woman. After the apparently violent surgery, the newly female Kitchen goes on a hunt for revenge.

We know what you’re thinking: God, I just hate when those darn rogue plastic surgeons change my gender on me while I’m sleeping.

In light of the film’s highly improbable plot that turns gender reassignment surgery into a science-fiction punishment of sorts, is it any wonder that actual transgender people are kind of annoyed?

The new film is directed by Walter Hill, indisputably an iconic film genius who brought us The Warriors and Alien among other classics. But Hill’s crime fantasy that makes gender reassignment surgery seem like a violent assault to be inflicted upon unwilling victims is being blasted online by transgender people and advocates who say it’s insensitive and propagating ignorance.

Rivera questioned why a cisgender actress was playing a transgender role when trans actors have a difficult time finding work, and also asked, “Why is being a transgender woman depicted as a cruel punishment?”

The film has been compared in the press to Silence of the Lambs, which centered around a transgender cannibal murderer who killed women in order to make lady-suits out of their skin. Both films are criticized for making transgender women seem sick and pathological—as if undergoing gender reassignment procedures is linked to committing terrible, violent acts.

A disturbing video from the set shows Rodriguez in character, stumbling out onto the street with blood running down her inner thighs—presumably, just after the forced surgery.

In reality, the majority of transgender people opt out of surgeries, many because gender reassignment procedures are prohibitively expensive and often not covered by insurance. Others feel that it’s not a necessary part of confirming their gender identities.

And “bottom surgery”—the transformation of genitalia—is the rarest of all. According to the 2010 National Transgender Discrimination Survey’s report on health care, only 18 percent of transgender women have had chest surgery and only 20 percent have undergone vaginoplasty.

But these are just some of the reasons that trans women and their allies are grossed out by (Re)Assignment. Mostly, it’s just stunning that such an offensive film is being released in 2016—a year that the transgender community has made so many strides in terms of visibility and policy.

Which genius thought this was a good idea? https://t.co/1s8WInjpuB

Genital mutilation and forced feminisation is not trans.. ya know, BUT OH the connections are already made.

Shes a trans person. NO JUST NO

Michelle Rodriguez responded to the uproar that ensued after the film’s original announcement last fall. In a TMZ video, Rodriguez stumbled in a messy answer to a reporter asking whether the film was a setback for the transgender community.

“I remember a day when white people were playing black people,” said Rodriguez, inadvertently drawing a comparison between her (Re)Assignment role and blackface. “So it’s just about the evolution. Thank Kris Jenner [sic] for becoming who he became, and now you have a popular subject matter that nobody wanted to make a movie about and now everybody’s on it.”

Oof. There are so many things…never mind, Michelle. Just never mind.

The Daily Dot reached out to the National Center for Transgender Equality for comment but did not immediately receive a response. In October, GLAAD decried the film’s plot in an interview with the Hollywood Reporter.

“We haven’t read the script, but it’s disappointing to see filmmakers turning what is a life-saving medical procedure for transgender people into a sensationalistic plot device,” said GLAAD’s director of programs for transgender media Nick Adams. “We are at a crucial moment in the public’s understanding of transgender issues, and stories like these have the potential to undermine the progress we’ve worked so hard to achieve.”

(Re)Assignment will play in Toronto as part of the city’s September film festival.