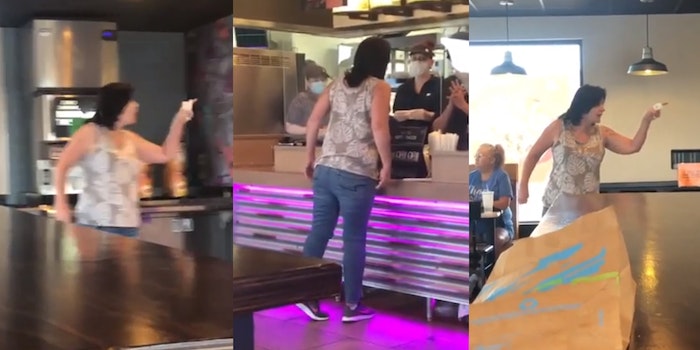 Racist Karen says she was shorted at Taco Bell. She wasn’t

A phone video on Reddit shows an incredibly racist Karen claiming she was shorted tacos, throwing around racial slurs and empty threats from her tippy-toes at Taco Bell staffers. The video was allegedly filmed in Missouri.