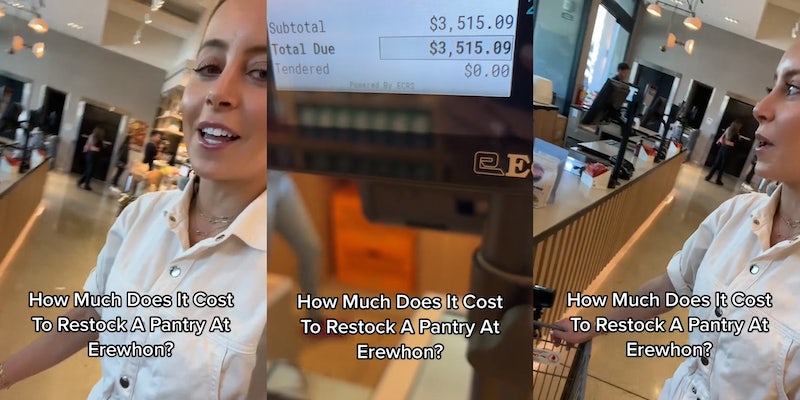 ‘That is more than I make in a month’: Private chef spends over $3,500 on groceries at Erewhon for client, sparking debate

Los Angeles-based celebrity private chef and self-proclaimed “Mayor of Erewhon” Brooke Baevsky (aka Chef Bae, @itschefbae) has gone viral after sharing how much she spent to “restock a pantry.”

In a video with over 3.2 million views, Baevsky stands at the Erewhon checkout.

For context, Erewhon Market is a California-based supermarket known for catering to a luxury clientele.

The video sparked furious debate in comments, with many noting that Baevsky could have likely bought the same ingredients for a significantly reduced price elsewhere.

“PLEASE convince them that even Whole Foods is a better alternative than Erewhon,” one user wrote.

“Can someone explain why it’s so expensive,” another asked.

Other users stated that videos like these were a sign of the incredible wealth disparity present in the United States.

Furthermore, “the gap between high- and low-income families in California is among the largest in the nation—exceeding all but four other states in 2020,” writes the Public Policy Institute of California. The report also notes that this gap has increased over time.

“I don’t even make that much money in a month and this is their casual pantry restock??? Bruh,” a commenter said.

“I know it’s not about me but the fact that I’m pregnant and struggling literally seeing this makes me want to cry…” a second shared.

“That’s almost my 3 years grocery bill and I cook everyday,” a third said.