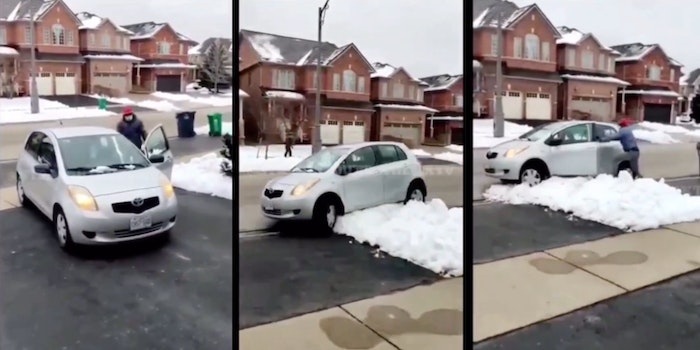 The epic fail blew up this week on Reddit.

Package theft is still on the rise as many continue to send and receive post-holiday mail that potentially includes valuable gifts. Many of these so-called “porch pirates” are able to covertly snatch packages off front stoops and make a clean getaway. Others aren’t so lucky.