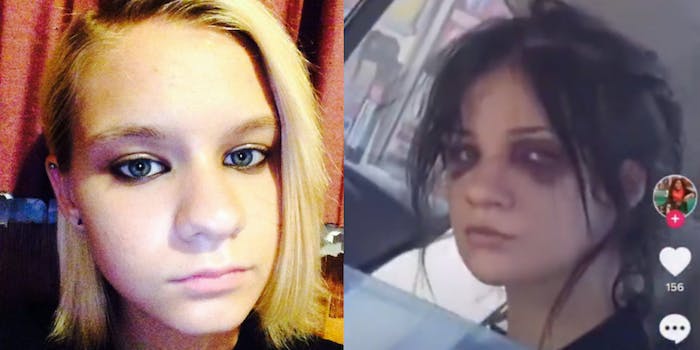 Compton has been missing for six years. Police were looking into a TikTok video that appeared to show her.

Police confirmed that the woman in the viral TikTok video that people believed featured Cassie Compton is not the Arkansas girl who has been missing for six years.

The Stuttgart Police Department said on Facebook that the FBI found the woman in the video and interviewed her.

“After a 1000 plus phone calls, as many emails and messages, it was determined thru the combined efforts of SPD, the FBI & ASP that the mystery girl believed to be Cassie Compton in a Tik-Tok video was not actually her.. The FBI were able to locate the girl, identify her and interview her. We appreciate everyone’s help and assistance,” it announced on Friday.

The police department told the Daily Dot on Thursday that it, along with the FBI’s Little Rock field office and the Arkansas State Police, were investigating a TikTok video that appeared to show Compton. In the video, which was first posted to Facebook but later made waves on TikTok and Twitter, a girl is seated in between two individuals in the backseat of a car. She shoots an expressionless glare at the camera, while the others laugh and sing. A TikTok user brought attention to the video on Thursday.

“I’ve seen this video come across my Facebook Story, and I keep wondering who is this girl? Where is she? Why does she look so lost? Why is her eyes do black? And why are people just laughing in the background? Clearly, she needs help,” a voice says on the TikTok video.

The user added that this is “a call for help” and encouraged viewers to “find her.”

While the Stuttgart Police Department didn’t reveal the identity of the person in the video, a woman by the name of Haley Grace Phillips is claiming that it is her. Phillips, who, according to her family was missing for a few days prior, posted an Instagram Story to prove she is “fine and not kidnapped” and said her eyes are bruised because she was robbed.

The Stuttgart Police Department told the Daily Dot at the time that it was aware of Phillips’ claim.

Compton went missing in 2014 when she was 15 years old. She left her house to go to the store and was never seen again, according to Southwest Times Record. Her mother suspects foul play, and no suspects have been ruled out in her disappearance, according to KATV News.

After learning it wasn’t her in the video, the official Facebook page for Compton, which shares updates on her case, said it is “glad the woman is okay” and thanked supporters.

The Daily Dot has reached out to the “Find Cassie Compton” campaign.