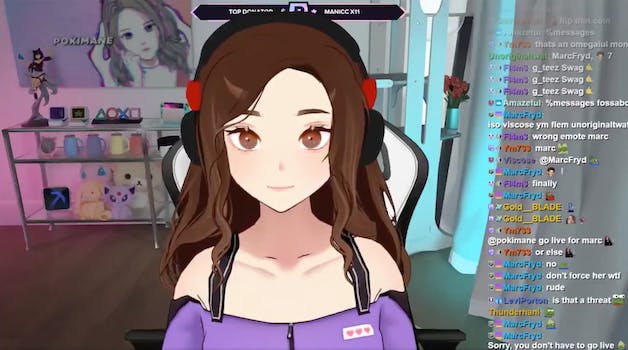 She's been accused of selling out and of cultural appropriation.

Popular Twitch streamer Pokimane received backlash following her announcement that she is becoming a VTuber, which means she will join other “virtual YouTubers” who present themselves as animated avatars, Sportskeeda reports.

Pokimane, whose real name is Imane Anys, is known for streaming herself playing video games for an audience of over 5.5 million followers on Twitch and YouTube.

She announced in a tweet on Sunday that she is “taking cam streams to the next level,” showcasing her new VTube avatar and tagging the artists who created the art.

But some fans immediately called out Pokimane for “cashing in on a trend.”

“You are already famous and have showed your face,” one person commented on Twitter. “Why now? WE WORK OUR HEARTS out. There’s so many small Vtubers that deserve recognition! You are hoping on a trend and saturating it more! How dare you!”

Another accused Pokimane of cultural appropriation.

“It’s not ok to gentrify Japanese culture like that, you’re stealing views from real Japanese people and that completely not ok,” they commented. “I gently ask you to delete this tweet and pay reparations to Hololive and Nijisanji.”

While some VTubers are criticizing Pokimane for joining, others are apologizing on behalf of critics and welcoming her into the community.

Other Pokimane fans criticized the streamer because they won’t be able to see her face anymore, per Sportskeeda.

Pokimane responded to some of the backlash on Twitter, saying she understands where people are coming from but still plans to join Vtube.

Pokimane received backlash in March 2019 after a video of her saying the N-word on a stream went viral, which she said was not “said in a racist or derogatory manner.” She is also known for having controversies with other YouTubers including PewDiePie and KeemStar.

Pokimane did not immediately respond to the Daily Dot’s request for comment.