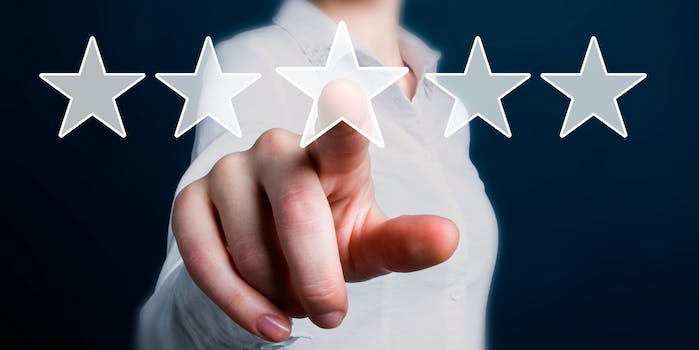 After swiping through Tinder and Bumble for a couple of years, 44-year-old Dave Brandner started noticing a recurring theme: Women were deeply frustrated with online dating and tired of being harassed. “I was reading about it in women’s profiles and hearing about it on dates,” Brandner, who’s based in Minneapolis, told the Daily Dot. “The three core frustrations I kept hearing about were profile misrepresentation, lewd and rude messaging, and then lack of follow-through.”

Flakiness, poor communication, and generally annoying behavior are fairly common across many dating apps, but women looking to meet men online face a number of risks far beyond a mildly annoying exchange. Sexual harassment, abuse, and doxxing are pervasive and widespread problems, yet many dating apps fail to provide adequate accountability mechanisms to prevent this kind of harassment before it starts. Though newer dating apps like Vibe offer creative approaches like video messaging to create a safer space for women, and others like Hinge match users based on mutual friends, Brandner felt these apps were missing one critical feature—a rating system.

Brandner, who previously ran a frozen yogurt business in Saint Paul, is now the CEO of Plum. The dating app, which will officially launch next month, allows women-seeking-men and men-seeking-men to rate their matches on three non-physical, character-based components using a strictly numerical system. Women are eligible to use the rating feature one time per match, and only after communication begins. Men who download Plum start with a five-star rating, like Uber and Lyft drivers, and can track their score side-by-side against the app average in the categories of profile authenticity, communication, and follow-through. “It’s a benchmark, so you can see how you’re stacking up against the competition,” Brandner said. “We’re kind of saying, ‘Men, let’s step up our game.’”

While enticing men to be kind as a competitive sport might seem counter-intuitive, Brandner emphasized that Plum’s primary goal is tackling sexual harassment. “Oftentimes, matches are made on dating apps that don’t result in dates, but there’s communication, and that’s were a lot of this harassment takes place.” Brandner believes men will think twice before sending hostile or lewd messages when they know their communication will be rated.

Plum isn’t the first or only dating app that lets women rate men, but previous attempts have been flawed. The Grade is a “female-friendly” app that allows both men and women to rate each other using a letter grade system, but as Brandner pointed out, a user with a low grade might not be motivated to stick around. The Lulu app began as a platform for women to anonymously rate the men they dated, including details about their physical appearance. This comment-based format proved to be controversial, facing backlash from critics who believed the app raised legal concerns, and men who simply didn’t like the idea that women were talking about them. Though the app no longer exists in its original form, it invited a cultural dialogue about the physical, life-or-death risks women face when they join an online dating app that extend far beyond an encounter with a date who talks too much or dresses poorly.

“As women, we’re always looking out for our safety, and whenever you go on a date or meet a stranger online or on an app, there’s always that question in your head: ‘Is this person safe? Am I going to get murdered?’” Plum advisory board member Alexandra Tweten told the Daily Dot. “I think it’s something that all women think about, and I think it’s important to have resources for checking people’s backgrounds and checking people out.”

And yet it’s unclear if any dating app is equipped to tackle the deep-seated behavioral patterns that contribute to sexual harassment and prevent abusive men from gaming the system. Or if a rating system could actually keep women safer once they’re actually on a date. According to Cleo Stiller, a Peabody Award-nominated health reporter and author of the soon-to-be-published book Modern Manhood: Conversations About the Complicated World of Being a Good Man Today, developing a product offering a long-term solution requires in-depth research to support Brandner’s theory, as well as collaboration with anti-harassment experts and organizations. “In theory, of course, this is a good idea, but keeping a fair system of checks and balances, protecting identity—this takes a lot of input from experts,” Stiller told the Daily Dot.

While some might be skeptical of a man creating an anti-harassment app for women, Plum’s founding CEO was journalist and author Jenna Birch, who worked with Brandner early in the app’s development to ensure it would avoid common dating app traps like “resume dating” that Birch uncovered while writing The Love Gap, a research-based guide to online dating. Brandner also brought on lead developer Mamta Yadav, who wrote 75% of the app’s code.

Tweten caught Birch’s attention through her Instagram account @byefelipe, where Tweten posts screenshots of messages from men who become hostile after being rejected or ignored on dating apps as a way to hold them accountable for their behavior. Birch was impressed by Tweten’s mission and offered her a seat on the board. Though Birch has since chosen to step down from her role as CEO to focus on her work as a freelance journalist, she has stayed on as a member of the advisory board, which includes the editor in chief of Cosmopolitan and Women’s Health, Michele Promaulayko.

“I’ve really been wanting to see a dating app where there’s some accountability,” said Tweten. “I think Plum is that app, because women are able to rate the men after they talk to them, so hopefully men will be on their best behavior, knowing that there’s another person on the other end.”

Tweten is one of the 520 people (342 women and 178 men) who downloaded the private beta version of the app, and so far, she’s a fan. She believes a rating system like Plum’s could serve as an essential tool for keeping women safe on dating apps. “I’ve gone on so many dates with guys where I found out they had very toxic behaviors, and I wanted to let other women know not to date that guy, or wished there was some way that I could let other people know, ‘Hey, this guy is bad news,’” Tweten said. “A lot of these guys can be very charming and they wouldn’t necessarily give off red flags before you get involved with them.”

Brandner believes a built-in rating system could make dating apps safer for women by offering a user base of generally well-intentioned men, who in turn might enjoy a more rewarding user experience. “For men, the benefit to getting on Plum is you can stand out for your character. This is not ‘hot or not,’” Brandner explained. “You get boosted in the algorithm based on your rating. The higher the rating, the higher the algorithm you’re placed which can lead to more matches.”

As for Brandner himself, he currently has a 4.4 rating on his own dating app. His profile is a standout in the categories of communication and follow-through, but he’s currently dating someone who also uses the app and doesn’t plan to meet any of his matches in person—leaving the category of “profile authenticity” blank. Granted, these ratings are preliminary since the app doesn’t officially launch until June.

While it may be too early to predict whether an app like Plum can compete with dating app giants like Tinder and Bumble for widespread influence on dating culture, Brandner said it’s a step toward positive, lasting change. “We’re hopeful that women will shift their business now to a platform where they’re going to get a better, more respectful user experience, and that men, in turn, are going to follow,” Brandner said. “This is an app that women will have every reason to come join.”