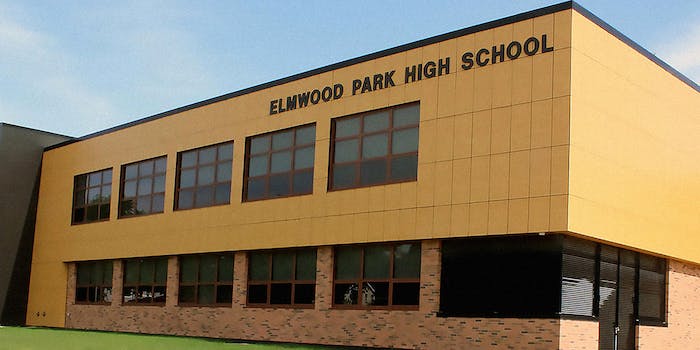 ‘Pick my cotton’: 12-year-old terrified to go to school because of racist TikTok bullying

A New Jersey mother is fighting back.

A mother in Elmwood Park, New Jersey, is pleading with TikTok and her child’s school district to strike back recent racism displays that have scared her child into not wanting to attend in-person school. Numerous racist comments, including “pick my cotton,” were aimed at her 12-year-old daughter.

“She begged me not to send her back,” the mother, Jaz Folarin or @jaz_melanin on Twitter, told dailyvoice.com. “I couldn’t understand why. She is well-liked and intelligent. It didn’t make sense.”

In the Daily Voice report, the mother said, “her daughter showed her screenshots of racist comments left under a TikTok video of her dancing with friends by three male students at Elmwood Park Memorial Middle School.”

Racist comments were left in the comments section, including, “KKK for life,” “pick my cotton I need some more,” “when I find you, you will pay for escaping the farm,” and “HISPANIC LIVES MATTER ITALIAN LIVES MATTER BLACK LIVES DO NOT MATTER.”

Elmwood Park police are currently investigating the posts. Per the report, the child’s mother filed a “complaint with the Elmwood Park Board of Education’s harassment, intimidation and bullying specialist.”

She has also taken to Twitter and Instagram to call out TikTok and explain the scenario further. TikTok has long been challenged for its handling of racism on its platform, race-related posts that include calls for racial justice, and the conflation of the two.

In the caption for a recent post that shows screenshots of the racist language, she wrote: “My daughter has been a victim of harassment, intimidation, and bullying on @tiktok. I wouldn’t make this a big deal if it was just social media. HOWEVER, these kids attend her school.

“There are 5 male students involved 3 (pictured), and two are being threatened that if they don’t not take ‘his side,’ he is bringing them down too.

“My daughter does not want to go to school bc she is fearful that they will continue to bother her. As a parent, this brings me to tears because I have endured racism in the same school district, but with social media, it’s much different! I do not want my child to grow up with low self-esteem, self-image, or afraid to speak up because of situations like these.

“Please share this! If you heard the story of @mallorys_army, then you’d know that cyberbullying was the cause of her daughter committing suicide.

“I come against anything that is unlike God, into my daughter’s life, but I will not let this go.”

Elmwood Park Police Chief Michael Foligno told the Daily Dot that the department is “investigating a matter with respect to a possible bias harassment.”