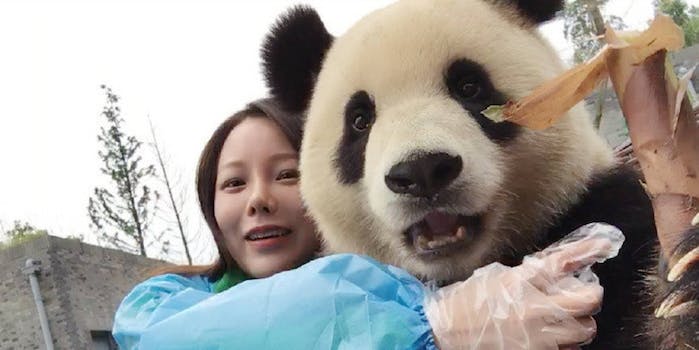 Then again, maybe it's not so black and white.

Few animals capture such universal “awww”s as pandas, those giant bears native to China. Combine that fascination with our global penchant for selfies, and this selfie-posing panda in Chengdu was destined for viral greatness. 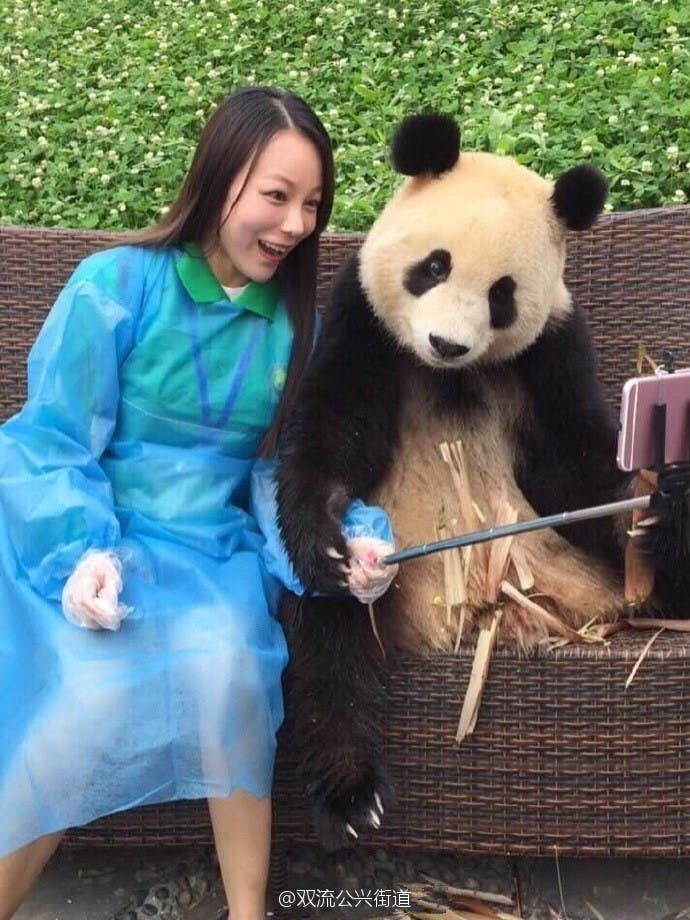 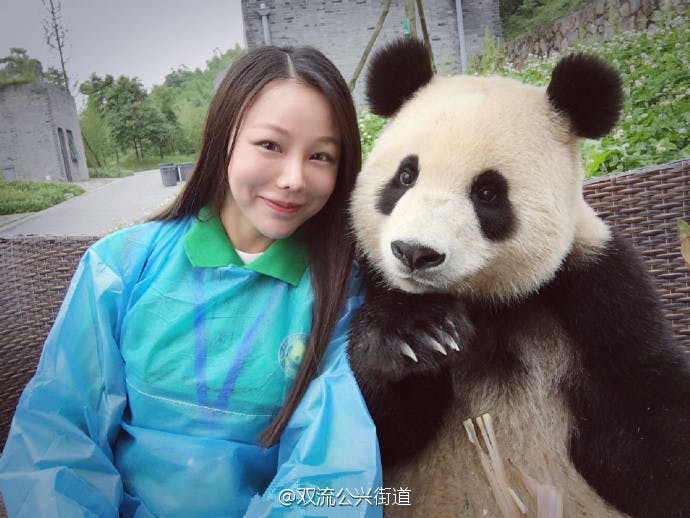 In six images shared on Chinese social media platform Weibo, the bear contentedly snacks on bamboo while a woman with a selfie stick captures the cute moment. At one point, the panda’s paw is on her hand, seemingly grasping at the end of the selfie stick.

It’s admittedly hard to tell if the panda really knows what it’s doing: The species’ distinct coloration gives them something of a perpetually endearing grin. But even though humans seem to derive endless joy from selfies starring animals, many members of the animal kingdom have had less-than-pleased reactions to humans’ attempts to take selfies with them, like this squirrel who chased a woman, this moose who just wants to take a dang bath, and these stressed-out seals.

If either the panda or the lady in the photos can turn this into a career though, power to ’em.