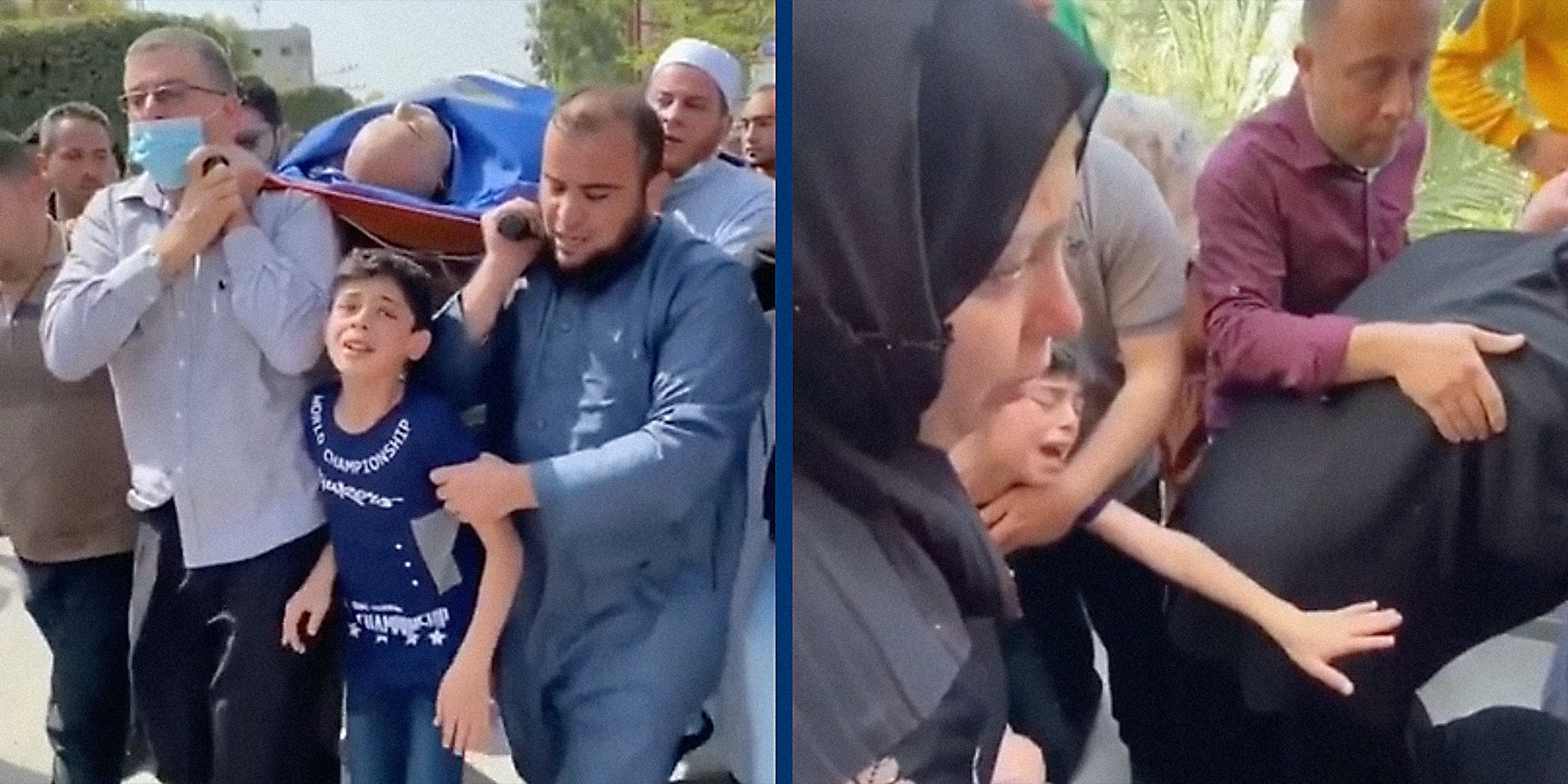 Video: Palestinian child mourns death of his father and brothers killed in Israeli offensive on Gaza

It's one of many viral Reddit videos from the conflict in Gaza.

A harrowing viral video shows a young Palestinian boy mourning the deaths of his father and brothers following a recent Israeli airstrike in Gaza.

Posted by u/supergoku003 to Reddit’s r/PublicFreakout page, the child runs toward his perished father, identified by Al Jazeera as Saber Suleiman, 39, whose being carried on the shoulders of men for a Muslim service and eventual burial. The child’s older brothers, Saber and Mohammed, also died, per Al Jazeera.

Since being posted on Tuesday, the video has received more than 3,500 comments and 38,000-plus upvotes.

Reddit’s Public Freakout forum is currently host to many of these disturbing videos of Israeli aggression toward Palestinian people. (It’s also been host to antisemitic screeds by the likes of far-right commentators like TruNews’ Rick Wiles.) According to Al Jazeera citing Palestinian officials, 21 Palestinians were killed recently in Israeli air raids on the Gaza Strip, “after Hamas launched rockets from the coastal territory towards Israel.”

On Monday, per Al Jazeera, tensions at the third holiest in Islam, which many Jews also revere, “escalated with more than 300 Palestinians wounded when Israeli police stormed the mosque, firing rubber bullets, stun grenades, and tear gas.”

On social media, the attacks have been analyzed and theorized over by influencers.

Instagrammer @subhi.taha provides a Palestinian perspective on the mosque and Gaza Strip attacks, suggesting the violent and dubiously legal Israeli occupation of Palestinian land (and the ongoing attacks of Al-Aqsa) are part of a larger American government-endorsed apartheid.