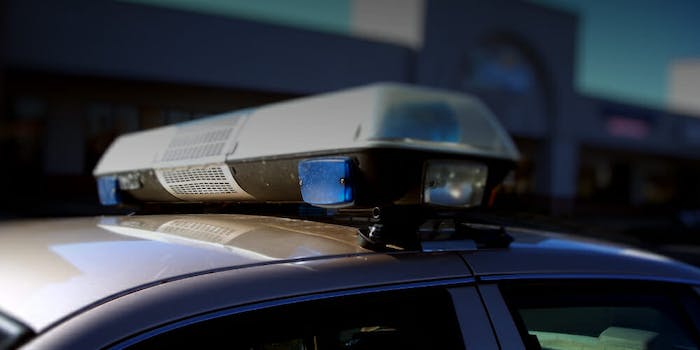 Police officers across the nation have been routinely posting racist and violent content on their Facebook accounts, according to a shocking report released by BuzzFeed News in collaboration with Injustice Watch.

Philadelphia lawyer Emily Baker-White launched the Plain View Project to examine nearly 3,000 officers’ social media accounts. The project’s findings were released on Saturday. It found that one in five current officers and two in five retired officers frequently made discriminatory or racist posts.

The project documented that an officer in North Charleston, South Carolina, was fired after posting a photo of himself in Confederate flag underwear–mere days after Dylann Roof killed nine black people in the Charleston church shooting.

The project also noted that the Chicago Police Department has a page called Chicago Code Blue that made comments, like “Every Thug Deserves a Slug,” following the guilty verdict of the officer who killed Laquan McDonald.

The project investigated officers in large and small police departments, proving that both struggle with the same issue. The project found that a third of the nearly 6,660 officers in Philadelphia, Pennsylvania, had made offensive comments online.

The Plan View Project shared its findings with Injustice Watch. The Injustice Watch then discovered that many of the flagged officers had also been accused of civil rights violations or brutality.

Experts in race and criminal justice were stunned by the results–though not everyone was alarmed.

Peter Moskos, a professor at John Jay College, told BuzzFeed News that such comments could just be an officer’s way of expressing their “we’re all in this together” mentality.

Others, however, believed the data proved what many suspected to be true about police officers.

“This blows up the myth of bad apples, by the sheer number of images and numbers of individuals who are implicated,” Nikki Jones, a professor at the University of California, Berkley, told BuzzFeed News.

David Kennedy, a professor at John Jay College, told BuzzFeed news that the “dire” results only prove the beliefs of many in marginalized communities who have always stated that the “police are not to be trusted.”

“This is the kind of behavior that confirms the worst suspicions on the part of communities about the police,” he said.