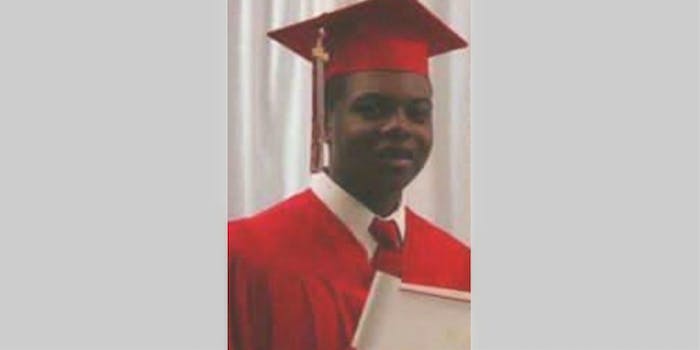 He was also found guilty of 16 counts of aggravated battery.

The moment the verdict was read in Chicago, convicting CPD officer of second degree murder in the 2014 killing of Laquan McDonald. pic.twitter.com/J7mY5oMToH

Van Dyke, who is white, was also found guilty of 16 counts of aggravated battery with a firearm. He was found not guilty of police misconduct. A jury of eight women and four men deliberated for eight hours before reaching a verdict.

According to CNN, Van Dyke was the first Chicago police officer charged with first-degree murder in over 30 years. He shot McDonald, who was 17-years-old, 16 times on Oct. 20, 2014. City officials were ordered in 2015 to release released police dashcam video from the shooting, which showed Van Dyke firing at McDonald as the teenager walked away from the officer.

The video resulted in city-wide protests, the firing of Chicago’s head of police, and an investigation by the Justice Department. Prosecutors reportedly showed the video dozens of times to the jury, arguing that Van Dyke never should have fired his weapon. On the stand, Van Dyke insisted that he shot McDonald in self-defense.

Van Dyke is scheduled to be sentenced on Oct. 31.