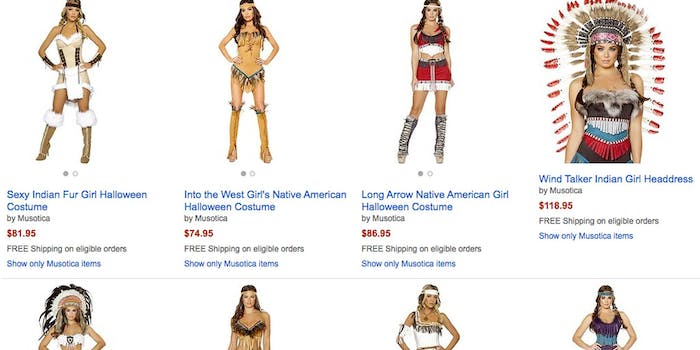 How to avoid having a racist Halloween costume

It's really not that hard.

Halloween is about a month away, which also means we’re about a month away from the inevitable racist, culturally appropriating, and otherwise horribly offensive costumes that, somehow, people keep wearing every year. Because no matter how many people are called out for inappropriate costumes, or how many campaigns are started to explain why they’re bad, people never learn.

We’re sure some misguided white soul will think it’ll be “fun” to dress up as Beyoncé by wearing a leotard and painting their face brown, and we can’t wait to drag the inevitable Snapchat photos that surface. But for everyone else who wants to dress up and not offend nations of people, here are some tips that’ll keep Twitter from tearing you apart.

Or brownface, or yellowface, or any other attempt at painting your skin in order to appear as a person of a different race. Blackface has a long and terrible history of being used to celebrate awful stereotypes about black people and to promote white supremacy. Not wanting to be associated with that should be your primary motivator. However, if that’s not enough, you also don’t need to paint your actual face to successfully dress as a character of another race. Plenty of people have pulled that off, including yours truly who once went as an incredibly convincing Prince without trying to pretend I was black. 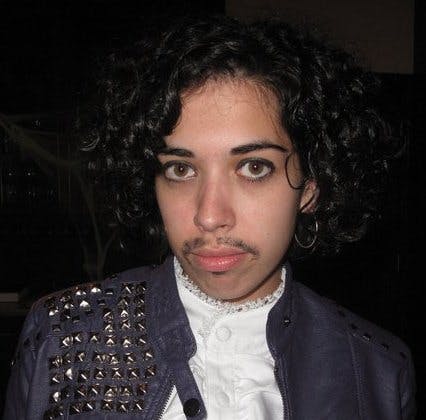 2) Traditional clothing of another culture is not a costume.

This “Indian Maharani Princess” costume is just a sari, which also happens to be an everyday form of dress for millions of people. Dressing like you’re a woman on her way to the grocery store in another country is not a costume—and treating it as one sends the message that you believe people not of your own culture are funny or weird or “other” enough to count as dress-up. Even worse are the costumes that position themselves as traditional wear but aren’t, like the myriad Native American outfits we see every year that often mix traditional clothing elements from completely different tribes, and convince non-natives it’s OK to wear headdresses. (In case this wasn’t clear: It’s not.)

While you’d be hard-pressed to find a homeless person wearing a ripped tophat and a bindle these days, homelessness is a serious problem, and making light of it as a costume is insensitive.

4) No “joke” costumes of horrible moments from the news cycle.

A few years ago, there were a rash of Trayvon Martin Halloween costumes, with people wearing hoodies, carrying Skittles, and sporting gunshot wounds. Most of them were paired with blackface, but even without it, “child shot by racist” is just not something you need to embody. Other costumes that fall under this include ones “joking” on child molestation, domestic abuse, mass shootings, or anything where the joke is “haha people got hurt.” 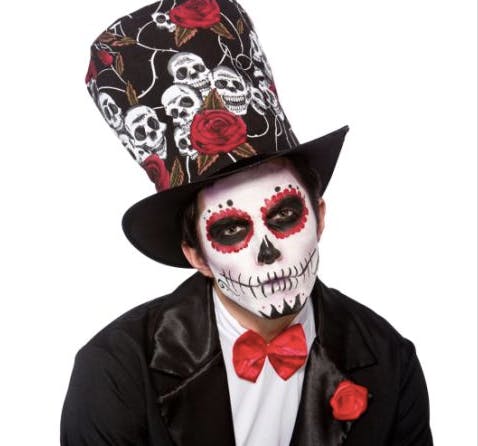 Lots of religious iconography is iffy when it comes to Halloween costumes, but Mexican sugar skulls, a tradition in Day of the Dead celebrations, have become popular Halloween costumes in the past few years, with a myriad of Pinterest tutorials on how to do sugar skull makeup. As Jocelyn Hernandez wrote for the Fordham Observer, sugar skulls are used as an offering to dead loved ones, and hold far more significance than their aesthetic value. “This sentimental value is stripped away when someone decides to use a sugar skull as a costume. Oftentimes, it’s downright disrespectful.”

If the above criteria have left you feeling like Halloween isn’t going to be fun anymore, maybe it’s time to do some reading and deep thinking as to why you’ve always thought costumes like these were so funny. Does your homogenous friend group keep you from engaging with different viewpoints? Were you just ignorant of the cultural significance of the things you wore? Do you simply like offending people?

If you were only further confused by those questions, let’s keep it simple and stick to what Nico Lang wrote for the Daily Dot last year: “1) If you have to ask yourself if something is offensive, it probably is. 2) And if you find yourself explaining why something isn’t offensive (e.g. “it’s a reference to a TV show!”), it definitely is.”

There’s good news, though: You can dress as literally anything else for Halloween. Go as an animal or a recognizable character from a movie or comic book. Be a historic figure, a product, or even a meme. Get back to the original spirit of Halloween and dress as a ghost or a zombie (though there are people who say dressing as a witch is appropriative). Or, if you desperately need to color your face, grab some self-tanner and go as Donald Trump.