When will companies learn not to turn race into dress-up?

Ah, Halloween. Time for every fraught costume idea to come to light. Even though we’re still six weeks out, the questionable costumes have already arrived. Say hello to the kids’ costume for Maui, a Polynesian character in Disney’s upcoming animated film Moana, voiced by the Rock. 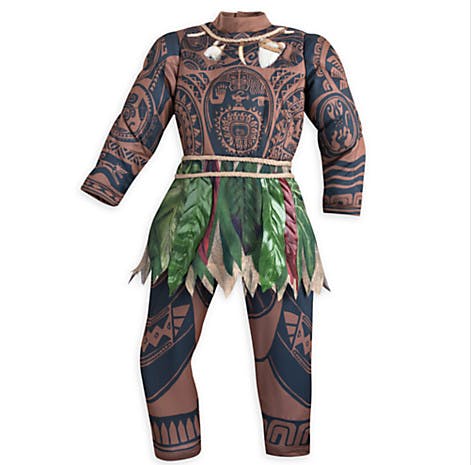 It comes complete with tattooed brown skin, from your neck to your ankles, plus “photorealistic teeth art appliqués” and “padded chest, shoulders, and calves”—all the wonderful stereotypes and lazy clichés that plague Polynesian people. 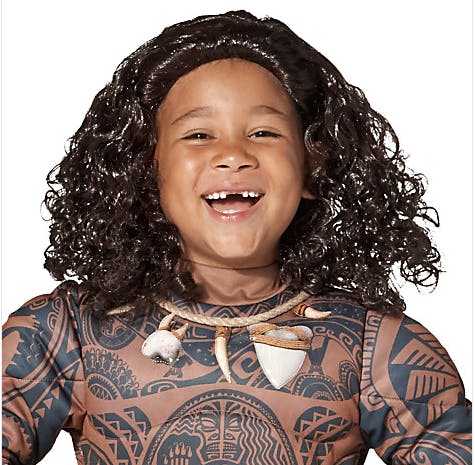 Moana is one of the first big-budget animated films to feature Polynesian people and their history. So it’s a disappointment, to say the least, that Disney would minimize its efforts in giving this marginalized community a voice to cross the sensitivity-profit line into cultural-appropriation territory.

Hopefully the movie is better than the terrible brown-skin costume being sold as "merch"?

Who's bright idea was it to make a brown skinned Maui Halloween costume from #Moana? A SKINNED costume! #wtf #culturalappropriation

Disney hasn’t returned the Daily Dot’s requests for comment, but it’s surprising in a day and age when the problem of brownface and appropriation comes up again and again that someone at Disney would somehow miss that this is a terrible idea.

At least the girl version of the Moana costume doesn’t come with brown skin. Though we can’t see why boys can’t wear this, too. 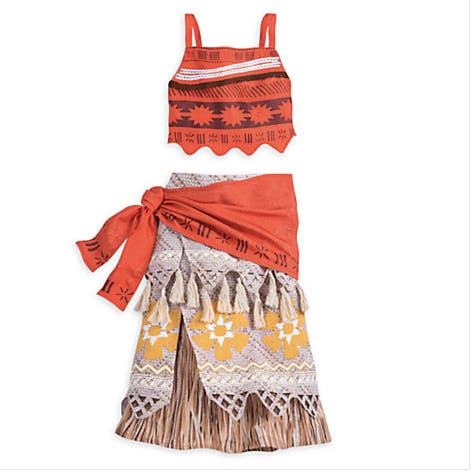 Update 6:38am, Sept. 22: Disney has removed the Maui costume from its online store following complaints of brownface and appropriating Polynesian culture.

“The team behind Moana has taken great care to respect the cultures of the Pacific Islands that inspired the film, and we regret that the Maui costume has offended some,” Disney said in a statement. “We sincerely apologize and are pulling the costume from our website and stores.”

It has also removed a set of boy’s pajamas and a men’s T-shirt with similar designs.