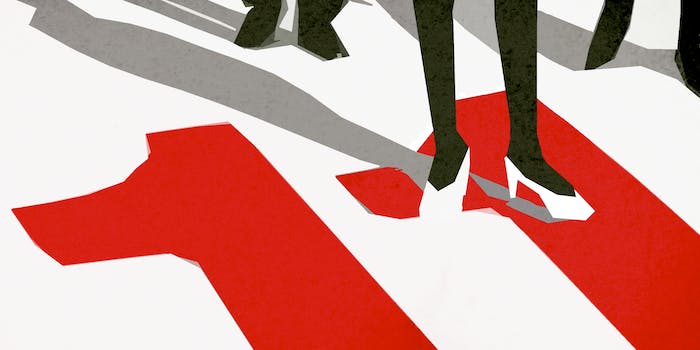 Will people hate on it as much as the 'Ghostbusters' remake?

Seven out of the needed-eight women are reportedly signed up to join the all-female cast of Ocean’s Ocho, the spinoff of Steven Soderbergh’s Ocean movies.

According to Deadline, Rihanna, Anne Hathaway, Helena Bonham Carter, Mindy Kaling, and rapper/YouTube star Awkwafina are set to join the stars of the film, Sandra Bullock and Cate Blanchett. One lead actor has yet to be cast, although the Guardian suggests Elizabeth Banks may fill the final slot.

The movie will be directed by Gary Ross, known for The Hunger Games, and produced by Ocean’s Eleven director Steven Soderbergh.

“I think it’s a pretty similar tone,” Ross told Slashfilm about the upcoming movie in June. “This is very much an extension and a continuation… I’m in no way trying to reinvent the tone, and I’m thrilled and honoured to be extending it. It’s really fun to work with.”

Like with the gender-reversing Ghostbusters and Splash remakes, many people, even men, seem pretty pumped.

Let's face it: you don't really need eleven. Ladies can get it done with eight. #oceans8

With the Ocean's 8 announcement my all male "Steel Magnolia's" reboot might finally see the light of day. #Oceans8

To be honest, the woman-led cast is a pleasant surprise, given the recent news that the Ghostbusters reboot lost $70 million and Hollywood Reporter says a sequel is “unlikely.” But maybe there isn’t enough nostalgia tied to Oceans Eleven to get manbabies upset at this remake.