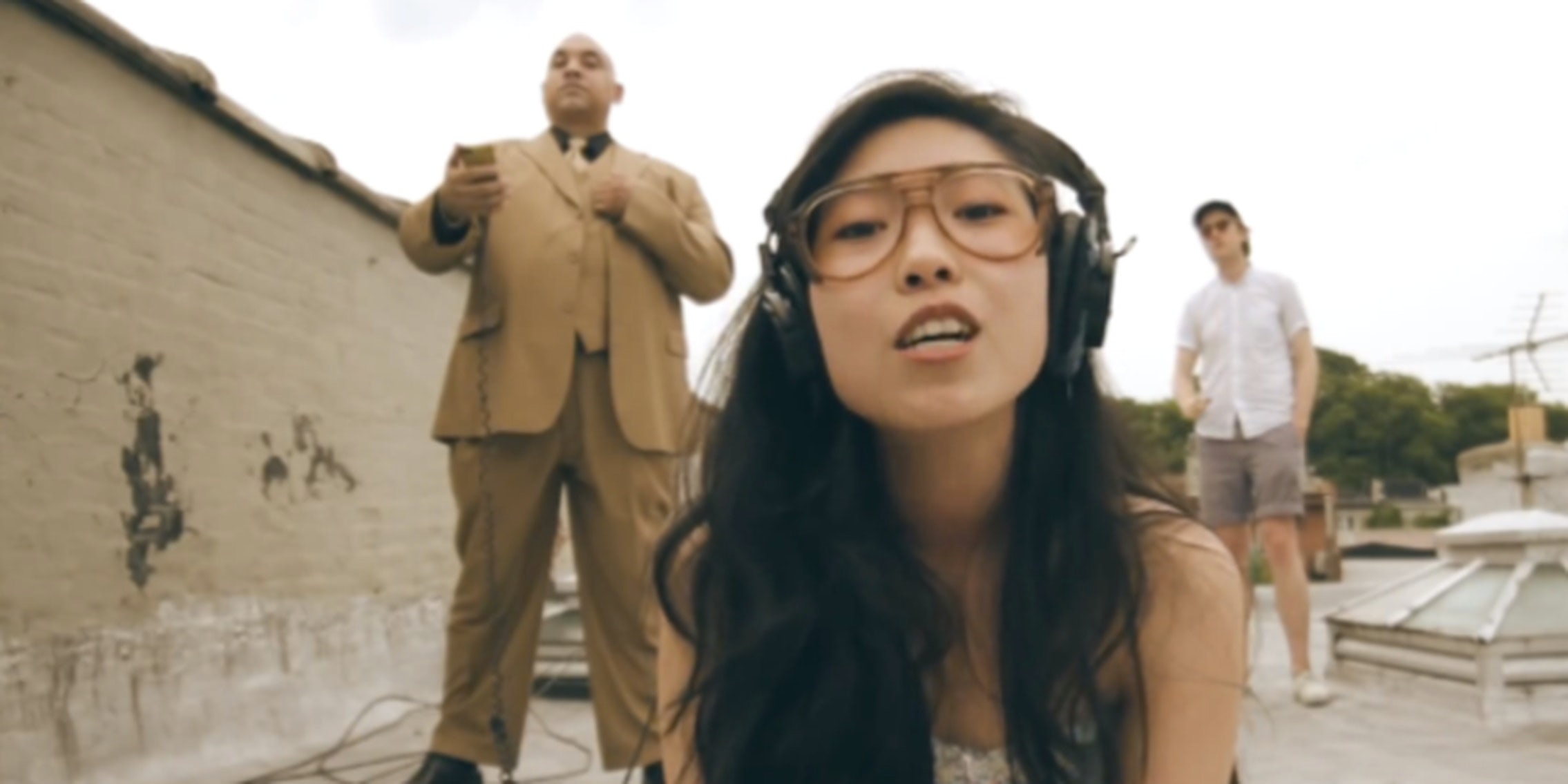 Nora Lum, a.k.a. NYC rapper Awkwafina, reached our collective Internet consciousness in 2012 with “My Vag,” a compare/contrast boast anthem with lines like, “My vag feels like winning the lottery/Your vag got turned down from eHarmony.” She followed that up with the equally epic “Queef” in 2013, a song that compared a somewhat taboo bodily function to a magic power.

Both of these songs are featured on her new album, Yellow Ranger, which was released Tuesday on iTunes and Spotify. In the years between “My Vag” and the release of Yellow Ranger, Lum says it’s been “incredibly weird going from a corporate job to the so-called rap game.”

“The Internet response to [‘My Vag’] was huge,” she adds, “far larger than I could ever dream, and I have feminist-leaning websites to thank for that.”

Does Lum feel like there’s room in rap for more songs about topics that tend to make people uncomfortable?

“I do feel that there is a lack of the low-brow, vagicentric topics like queefing or even the repetition of the word ‘vagina’ in music,” she says, “and especially in hip-hop. However, I tend to tell people that my intentions were (and are) less political than they seem. I think it’s important for people to understand that as a woman, I can only rap about the parts I have. When Mickey Avalon wrote about his parts in ‘My Dick,’ I only had the option of rapping about ‘My Vag.’”

We asked Lum to take us through Yellow Ranger track by track, and lucky for us, she obliged.

[The whole idea of] Awkwafina was more or less birthed in skits like this. Back in high school, I used to chop up C-Span soundbites or interviews with politicians like John Kerry or Bill Clinton into a radio-esque show hosted by Awkwafina and her producer, Mookie. I would pitch down my vocals to have male guests, and would send them to a small circle of friends after they were done.

“Yellow Ranger” was probably the third track I produced and recorded after “My Vag” and “NYC Bitche$.” It was only a minute long, and was meant to be in the style of a freestyle. There are a lot of hidden metaphors in there, pertaining to my “fuck you” of the corporate world as well as adjusting into my life in Greenpoint, Brooklyn.

So basically, I got really stoned one night and had this amazing vision of this parallel universe X-Men where someone was endowed with vaginal air powers that could inevitably save the world. However, the dream wasn’t incredibly fluid in that I never got to the part about how she actually saves the world. (Maybe blasting away the robot zombies.) Instead, it turned into a kind of more disgusting saga of “My Vag.”

I loved making this song because it was basically a compact, musical tirade of the rants I would go on anyway in everyday life. I have lived in this city my whole life and have seen the way gentrification has changed it. I’m not necessarily against transplants, as 75 percent of my good friends, roommate, and boyfriend are not native New Yorkers. I think at the end of the day, it represents solidarity amongst other native New Yorkers, or those who have been living here long enough to understand the context of the lyrics.

This one is probably the most un-comedic song of the album and represents more or less my stoned thoughts in everyday life. I wouldn’t want to call it a memoriam of my journey thus far, even though it kind of is. If you listen closely, it’s pretty much a state of the union for my life as a lost twenty-something.

This song is kind of self-explanatory. I legitimately wanted to know if Mayor Bloomberg was going to ban large margaritas that I cry over while on a date alone at Dallas BBQ, as a part of his controversial soda ban. I called 311, though, and they confirmed that alcoholic beverages don’t fall under the restrictions.

This is one of the last songs I recorded for the album, produced by a good friend of mine by the name of Drigs. It was one of the only instances on the record where I had a beat that I wanted to get on badly, but no clear concept of what the song was going to be about. I wrote the song as I recorded it, and it actually turned out to be one of my favorites on the album.

I wrote [this] a couple of months after I dropped “My Vag,” and felt reluctant about releasing it given its lyrical content. I think it was kind of my “Started From the Bottom” ode, where I come clean about my regrets (and pride) in what I’m doing despite what my mother and father would’ve liked to see me doing at my age. My mom passed away when I was 4-years-old, and she came from a very conservative Korean background. I feel like my life would’ve been incredibly different had she still been alive.

I wrote this song when I was 18, before I wrote “My Vag.” The original was a terribly recorded GarageBand track that I knew while writing was the stupidest thing ever. I sent it to my best friends and they seemed to enjoy it, however.

DFD is my hero in many ways and a good friend of mine. He lived in my house non-sexually for a month, and we told each other that before he left we would get on a track. We literally recorded this in my bedroom two hours before his flight back to L.A.

The original recording of “My Vag” was done solely on GarageBand and way before I knew anything about mixing audio. I wrote it back when I was 19 as a response so-to-speak to Mickey Avalon’s “My Dick,” which was popping at the time. Since this is the song I will probably always be associated with, I wanted to add a cleaner version of it to the album. So basically, a well-trimmed, cleaner version of “My Vag.”