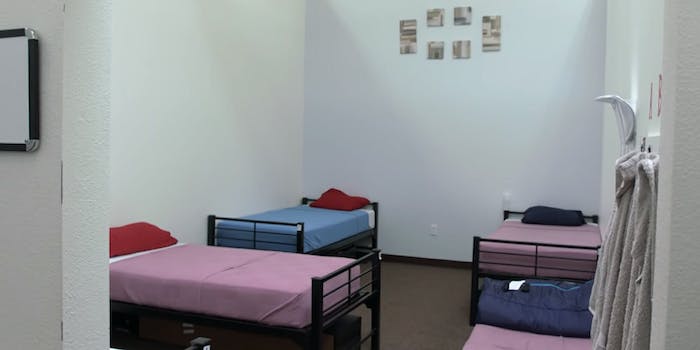 US Department of Health and Human Services/YouTube

One non-profit won at least $955 million in federal contracts.

Several non-profits are making millions of dollars off the shelters that house undocumented immigrant children, according to a new report.

The New York Times reports that the non-profit Southwest Key Programs and BCFS, a network of non-profit groups, have made millions of dollars from federal contracts to help with the operation of the shelters across the United States.

“Our growth is in direct response to kids coming to the border,” Alexia Rodriguez, a vice president of immigrant children services at Southwest Key Programs, told the newspaper.

Southwest Key Programs and their Texas-based shelter Casa Padre came under a spotlight last week when reporters toured the facility, which was formerly a Walmart. The shelter was reportedly over capacity.

The network of contractors helping with the centers–which have come under intense scrutiny in recent weeks as photos, audio, and stories of children being separated from their families have sparked outrage–is expansive.

Around a dozen contractors operate 30 facilities in Texas, according to the Times, and others have been contracted to work at 100 shelters in 16 states.