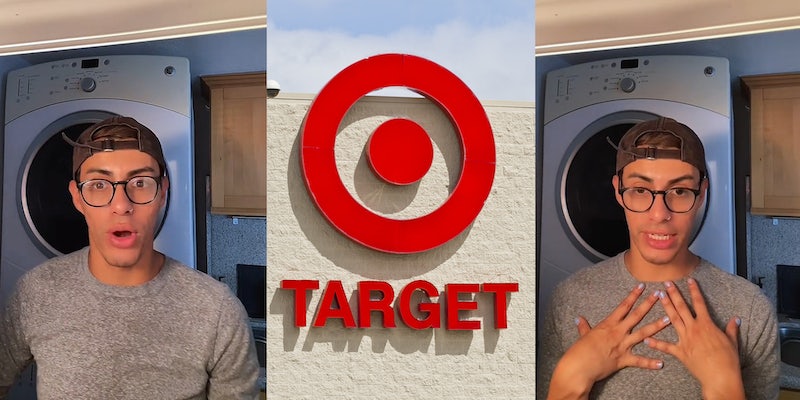 ‘Everyone loves shopping at Target, but nobody likes working at Target’: Worker shares what it’s like to work at Target

'You just got to be built different.'

A Target employee is sharing his frustrations about working at the retail giant after another employee’s TikTok went viral.

TikToker @.kierstenh previously detailed a negative experience she had starting out working for Target, which focused on an apparent disconnect between management and workers on the floor regarding how long tasks actually take to complete.

Damian (@dmn.snchz) stitched her video, agreeing that “you’ve gotta be built different” to work at Target—something he’s learned firsthand over the course of four years at the store.

“Everyone loves shopping at Target, but nobody likes working at Target,” he claims. “And that’s kind of because managers, the team leads, the bosses, especially the higher-ups, they don’t understand what it’s like to work on the ground, entry-level … anymore. They are just so out of touch that they have these unrealistic expectations, and they just really don’t understand.”

Rather than try to keep up with these expectations, Damian says he’s developed his own system for dealing with managers who make demands without understanding what employees are up against.

“I talk back. I tell them what’s on my mind. I don’t take what they say just because they say it,” he says.

The TikToker also gives an example, saying he frequently has to fix clothing displays one at a time while customers are still shopping—and those displays can be messed up again within minutes after he finishes. Rather than acquiesce to managers who come along demanding to know why a display isn’t finished, Damian says he keeps moving forward to finish his work, so as not to get stuck fixing the same table again and again and again.

“That makes no sense to me. If I have time, I will go back later. If not, they can do it in the morning. It’s not that big of a deal,” he says. “And after four years of that attitude, they want me to be a team lead. So I’m doing something right.”

Target, Walmart, and other major retail corporations have frequently been the subject of frustrated TikTok posts, as the social media platform is used more and more to discuss bad work experiences.

The comments section on Damian’s video reflects that as people shared their own stories of working at various Target locations.

“I hated working in fulfillment,” wrote @wendyytee. “They’d rush us/tell us to work faster and get mad when we canceled items because we were trying to meet the times.”

“Yup! i did softlines, i know your pain. til this day hearing a walkie gives me ptsd,” @nati03_ agreed.

Another viewer who says they work at the distribution centers and “noticed that most [managers] were straight out of school and had never managed. they focused on numbers but…”

The Daily Dot has reached out to @dmn.snchz via TikTok comment.