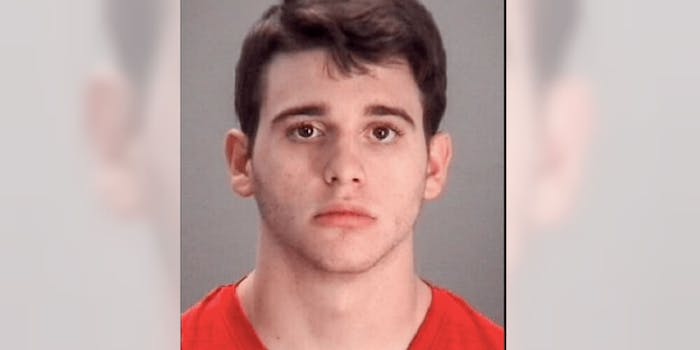 Nicholas Godfrey used Instagram to try and have a school staffer killed.

A Florida high school student was arrested on Nov. 1 after he sent messages on Instagram asking a classmate to kill a school staff member.

Nicholas Godfrey, an 18-year-old student at Fivay High School, sent a direct message to a fellow student saying, “I need a guy who could kill someone.” According to detectives, Godfrey allegedly said, “no joke, I need him eliminated as soon as possible” and promised $100,000 for the killing of the staff member. Godfrey was arrested for attempting to solicit murder.

According to WFTS, a search warrant was granted for the Instagram account, which led police to an IP address registered to Godfrey’s home. Godfrey reportedly admitted to sending the messages and handed his phone over to detectives, but said he was not being serious about the threats.

“After speaking with Mr. Godfrey, he did not have any clear direction or, I guess, plan to follow through with this, as he said, but more he was joking around,” Pasco County Detective David Dacey said, per the outlet.

Police also said Godfrey did not have the resources to carry out the threat, but he still committed a crime.

“It doesn’t matter what the intent was,” Pasco County Sheriff Chris Nocco told WFTS. “When you do it and post it on social media, the crime is committed.”