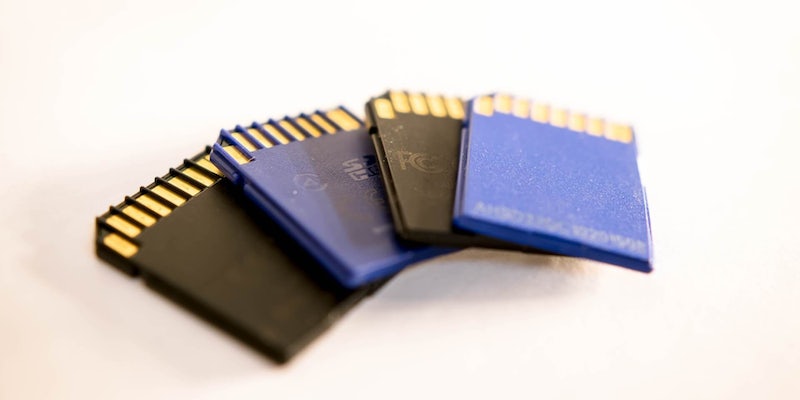 The memory card was titled 'Homicide at midtown Marriott.'

A lost memory card that was found on the streets of Anchorage, Alaska, contains photos and videos of a murder and has led to the arrest of a man, NBC News reports.

The card is titled “Homicide at midtown Marriott” and contains  39 images and 12 videos showing a man assaulting a woman and strangling her to death, according to KTUU.

Anchorage police say they believe the murder took place at a TownePlace Suites, which is operated by Marriott, during the first week of September. The Associated Press reports the video shows a woman being strangled face down in the back of a truck. A man can be heard saying, “Just…die.”

The victim has yet to be identified. “APD Detectives are working with the Medical Examiner’s Office to confirm the victim’s identity and manner of death. Once that has been completed, and next-of-kin notification has been made, her name will be released,” the Anchorage Police Department said in a statement on Wednesday.

A woman who found the SD card on the street brought it to the police’s attention on Sept. 30. Two days later, on Oct. 2, police found the remains of a body who they now believe to be the victim.

Police arrested 48-year-old Brian Steven Smith as a suspect in the case. They were able to identify Smith as the suspect through a prior investigation involving him.

Smith, who is from South Africa but lives in Anchorage, has been charged with first-degree murder.