These cats give dalmatians a run for their money.

The New York City Fire Department has its hands full saving the day, but after a long day’s work, those firefighters have Internet-famous felines to return to in the firehouse.

New York firehouse cats are gaining traction on Instagram, where carlow_fdny_ca and midtownboogiefdny have both amassed a significant following in recent weeks. Dalmations and other sorts of dogs are the traditional choice for a firehouse pet, but these cats are proving that they can be just as useful—and cute. 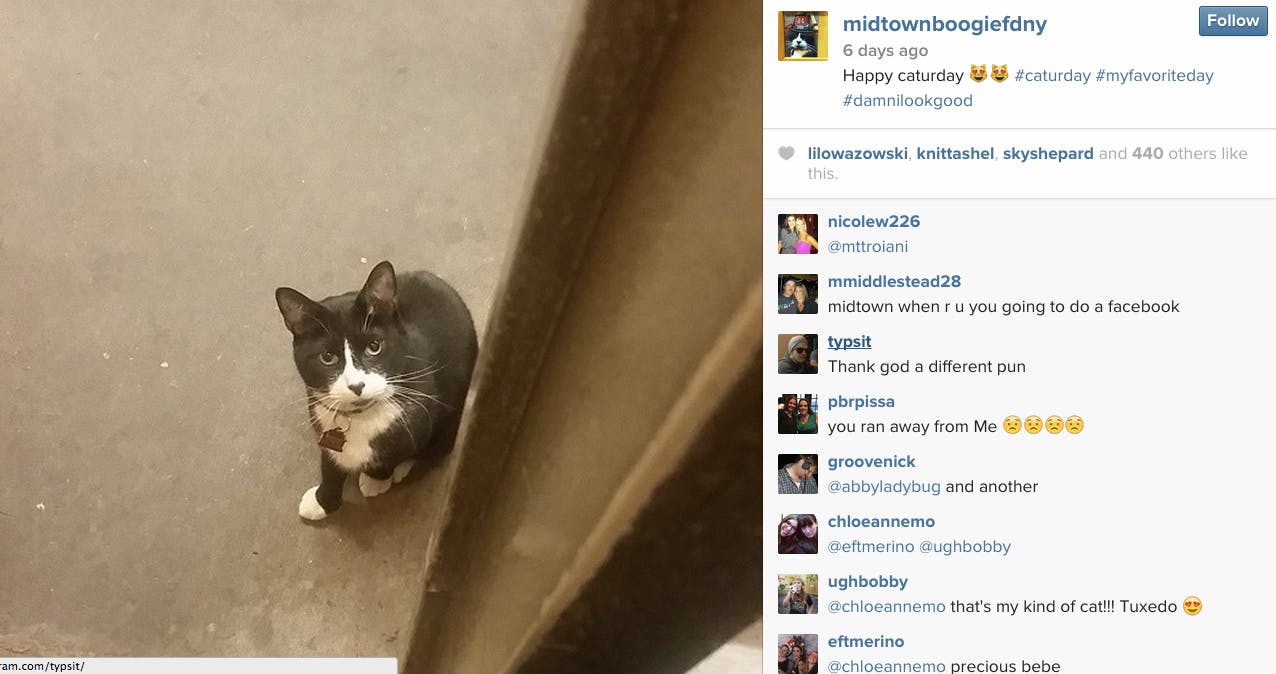 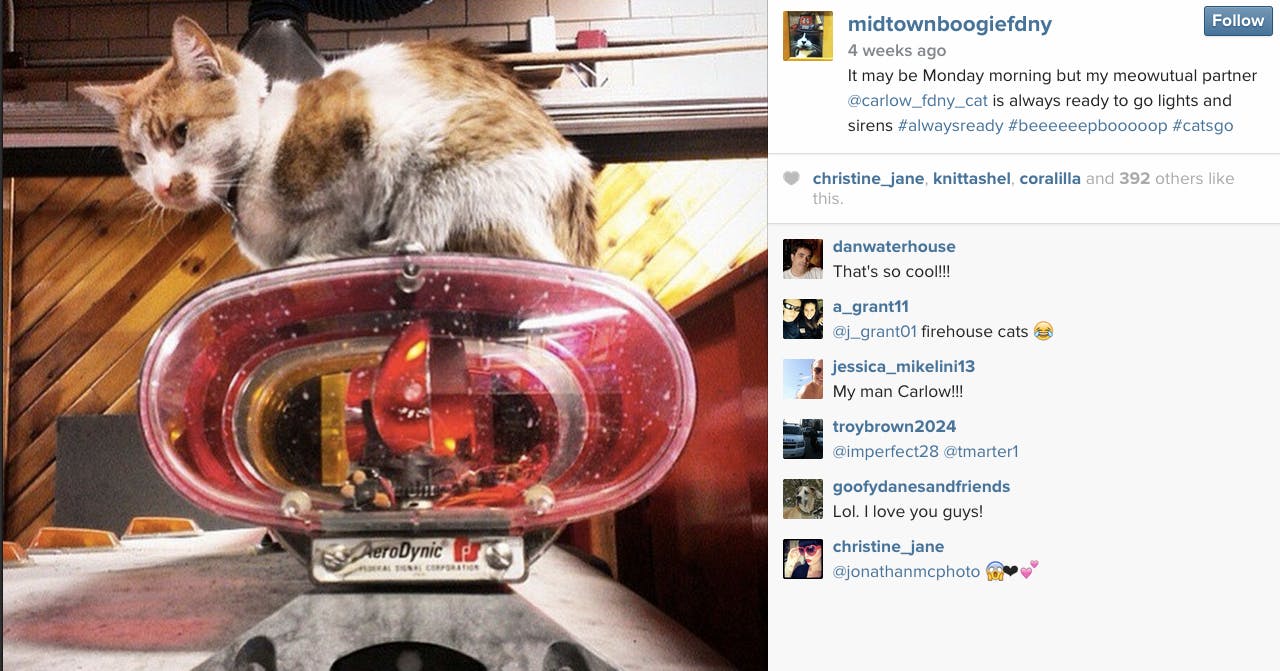 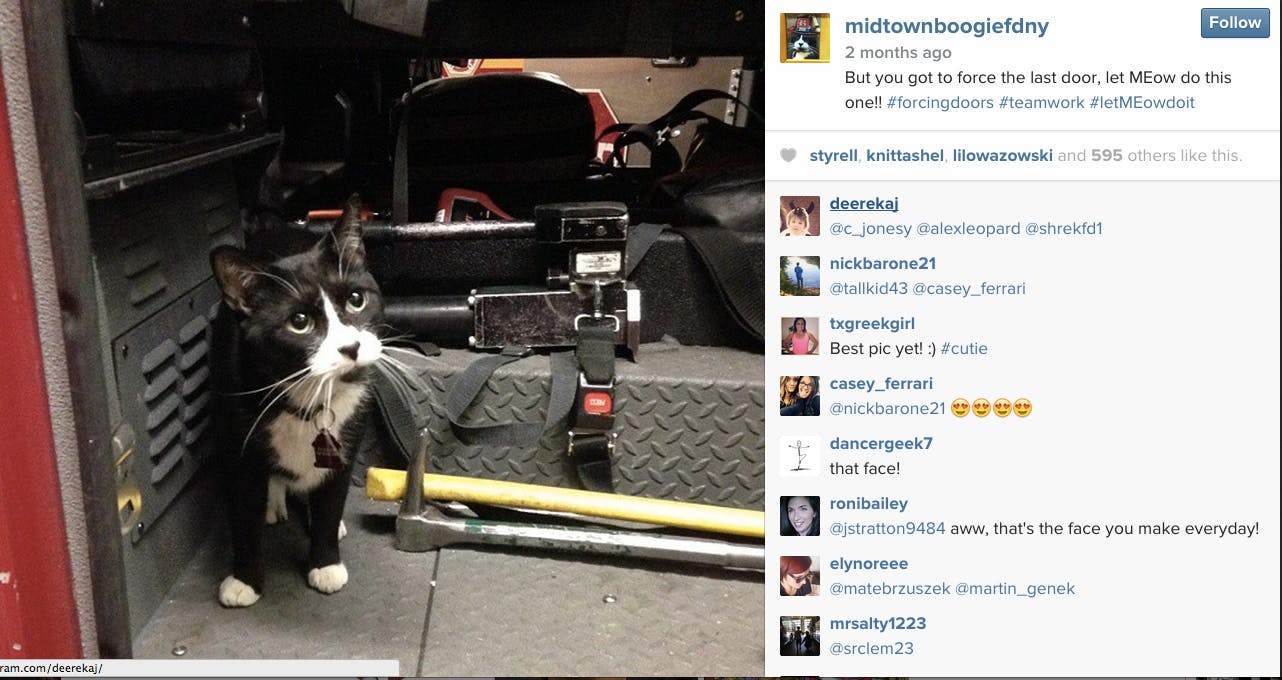 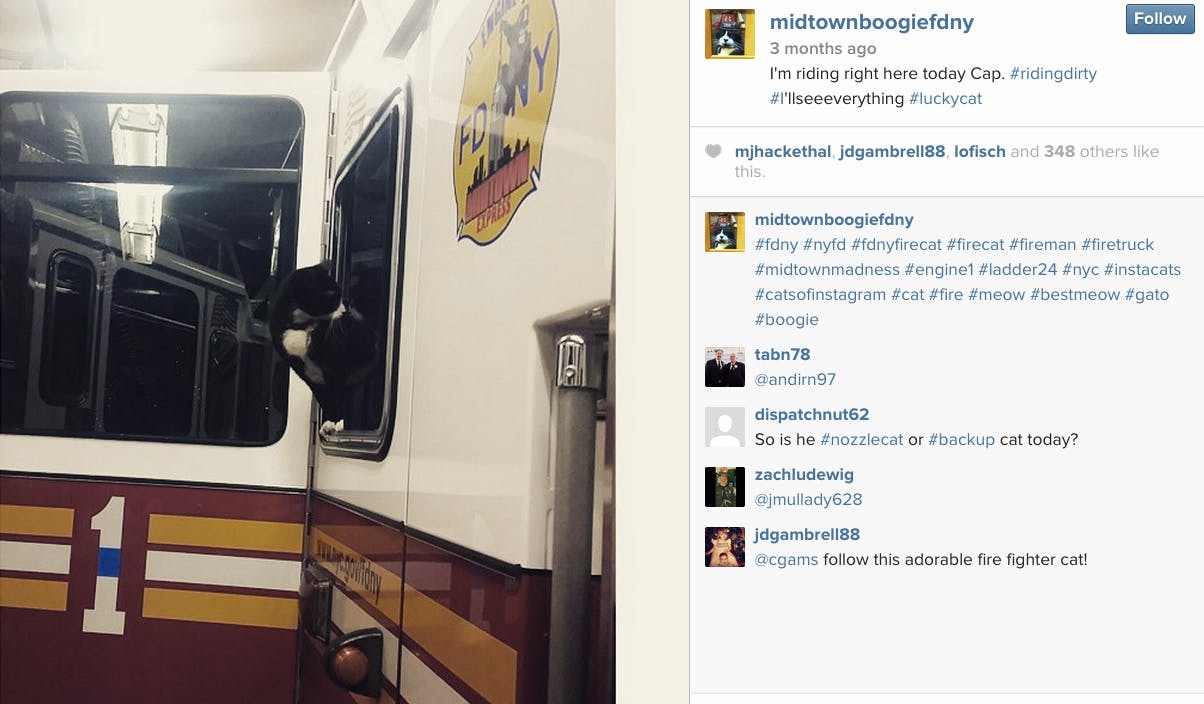 The cats even make cameos on each other’s feeds, adopting the strategy for growing followers that their human counterparts use on YouTube and other social media platforms.

Clearly, the next logical step is a “Cats of the FDNY” calendar.