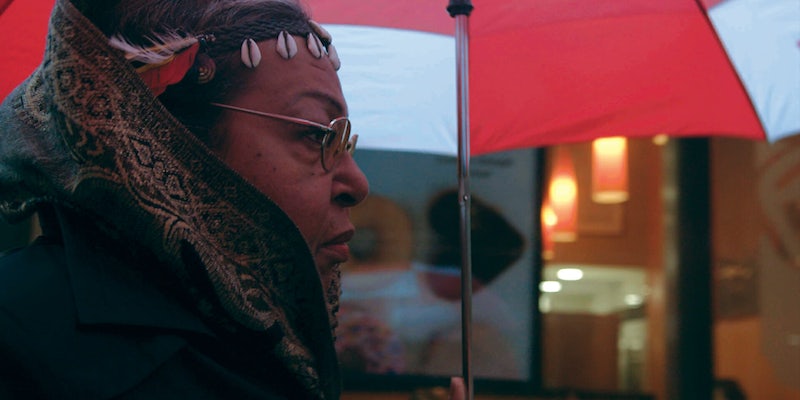 The allegations shine a light on cis white men taking credit for work by trans women of color.

Reina Gossett is a transgender activist and filmmaker known for researching the pivotal role transgender women of color play in LGBTQ activism. It is this work, specifically a grant proposal on its subject matter, that she is claiming director David France ripped off for his new trans documentary, The Death and Life of Marsha P. Johnson, on Netflix.

The allegations came over the weekend, after Gossett turned to Instagram with a post describing her work’s influence on France. According to Gossett, she compiled a grant application video with filmmaker Sasha Wortzel about Marsha P. Johnson’s life and sent the proposal over to the Arcus Foundation at Kalamazoo College. She then claimed France told Arcus that he wanted to make the film instead of the two filmmakers, undercutting their research.

Gossett then claims that France received a grant from the Sundance Institute and Arcus for The Death and Life of Marsha P. Johnson, and that Gossett’s research on Sylvia Rivera and Marsha P. Johnson’s Street Transvestite Action Revolutionaries trans activist organization was stolen by France for the film. According to Gossett’s allegations, France used Wortzel’s and Gossett’s contacts and academic adviser to create the film, exploiting their research to make money off the film. Meanwhile, Gossett struggles to pay the rent.

“This kind of extraction/excavation of Black life, disabled life, poor life, trans life is so old and so deeply connected to the violence Marsha had to deal with throughout her life,” Gossett wrote on Instagram.

France has since denied the allegations, arguing that Johnson was a friend of his and that her legacy has always remained with him. In his post, France claims his research team compiled their research independently of Gossett, going out of their way to speak “with every friend and associate of Marsha and Sylvia Rivera’s that we could reach.” Instead, France said that he stumbled across Gossett’s film Happy Birthday, Marsha! while researching The Death and Life of Marsha P. Johnson and that he contacted the film’s crew to make sure the two projects weren’t overtly similar.

“I admire Reina Gossett and look forward to her beautiful film,” France wrote on Facebook. “Alone among researchers, she has dedicated her work to the legacy of Marsha and early trans activism.”

But many in the community are defending Gossett, believing that France ripped off her research. Transgender activist Janet Mock also argued on Instagram that Gossett’s work remains uncredited and erased.

“Today, this Black trans woman’s work about a Black trans woman was used to make a film helmed by a credentialed white cis man aided by Netflix’s millions,” Mock said. “Meanwhile Reina is borrowing money to pay rent as viewers around the world watch a film based on her unpaid, uncredited work.”

Holding this revolutionary woman @reinaxgossett close today as filmmaker David France is applauded for his Netflix documentary about Marsha P. Johnson. It is based on Reina Gossett’s work (swipe to read Reina’s statement). Reina is a black trans woman who reintroduced our generation to ourselves by uncovering and recentering trans women of color revolutionaries. Her digital archives of movement foremothers Marsha P. Johnson & Sylvia Rivera are integral to our current understanding of their contributions which were long diminished by white cis folk. This brilliant black trans girl went about researching, archiving & digitizing content that was previously inaccessible for decades. She interviewed Marsha & Sylvia’s peers. She did this work without pay. Today, this black trans woman’s work about a black trans woman was used to make a film helmed by a credentialed white cis man aided by Netflix’s millions. Meanwhile Reina is borrowing money to pay rent as viewers around the world watch a film based on her unpaid, uncredited work. Support Reina — she made @hbdmarsha w/ @sashawortzel! Book her as a speaker! Let others know about her vital contributions. These are our stories, our lives and we will not be erased or silenced.

The Death and Life of Marsha P. Johnson’s controversy isn’t an outlier for queer filmmaking. Previously, the film Stonewall was criticized by queer trans women of color for writing out Johnson and Rivera’s roles during the riots. When it comes to queer filmmaking, there is a long history of recognition going to white cisgender writers and filmmakers, not trans women of color.