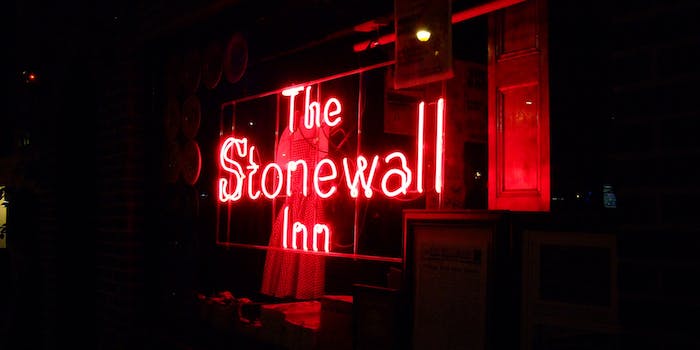 Photo via YoSoyNuts/Flickr (CC BY 2.0)

The LGBT community is unlikely to back down from this fight.

The new film Stonewall, directed by Roland Emmerich (Independence Day, Godzilla), has caused so much controversy in the days since its trailer was posted on YouTube that a petition to boycott the movie garnered more than 15,000 signatures within a matter of hours.

On Twitter and other social networks, the LGBT community appeared incensed by what many called a “whitewashed” version of the historic 1969 events at the Stonewall Inn, which are credited with launching the gay rights movement. The conversation grew to a roaring volume as the story was picked up by LGBT media outlets and finally mainstream news—with even MTV and Entertainment Weekly weighing in.

Much of the controversy revolves around the backgrounding of central Stonewall leaders Marsha P. Johnson and Sylvia Rivera, both homeless transgender women of color. Another major Stonewall icon, black butch lesbian drag king Stormé DeLarverie, was famous for a scuffle with police that is said to have launched the riots.

Tales alternate between DeLarverie punching an officer and being arrested while goading the crowd to “do something.” In the Stonewall trailer, a white actress playing a butch character named Sam appears to take on DeLarverie’s role, yelling, “Why are you all just standing there, help me” into the crowd as police drag her into a squad car. 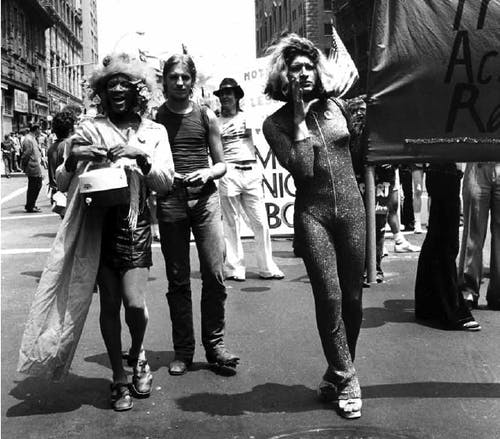 The relegating of primary historical figures—all gender non-conforming people of color—in favor of white fictionalized characters is the issue at the core of the Stonewall boycott.

The protests surrounding Stonewall are reminiscent of a similar online battle over the documentary Paris Is Burning earlier this summer. That film focuses on a New York community of mostly black and Puerto Rican gay and transgender people operating vogue balls in the 1980s. While Paris Is Burning stars the real-life voguing community, its white director, Jennie Livingston, has been accused by some of exploiting the community and failing to involve the contemporary vogue ball scene in high-profile screenings of the film.

On Thursday night, Emmerich (an out gay man and native German whose Hollywood blockbusters draw billions at the box office) caved to pressure and responded to critics with a Facebook post.

Emmerich’s post was quickly attacked with hundreds of angry comments calling him a “coward” and “racist.” Some leapt to Emmerich’s defense, stating that they thought the community was rushing to judge the film based on a short trailer release.

The writer and star of the new film, slated for a Sept. 21 release, also offered responses via Facebook on Thursday. Actor Jeremy Irvine, who plays starring character Danny Winters, tried to assure critics that the film “represents almost every race and section of society that was so fundamental to one of the most important civil rights movements in living history.”

Stonewall‘s screenplay author, openly gay writer Jon Robin Baitz, responded to questions about the choice to fictionalize the history of Stonewall—and the choice to center the story on a white, blond, cisgender male character rather than one of the black and Puerto Rican transgender people who are largely believed to have initiated the Stonewall riots.

While Baitz defended the film, he also admitted to not having seen the trailer until it was posted online. The primary gist of Baitz’s statements seemed to be that critics should see the entire film before making judgements, and that the final product was out of his hands as a writer.

“I think a-historicism has been an American condition—its why we get into the same war over and over and why so many repeat all the mistakes made during the civil rights struggle,” wrote Baitz in one of many follow-up comments. “That battle is far far far (sic) from over. I can see this narrative developing about the film, as a result of a marketing decision I had nothing to do with, one I am powerless to change, and even sympathize with.”

Photo via YoSoyNuts/Flickr (CC BY 2.0)