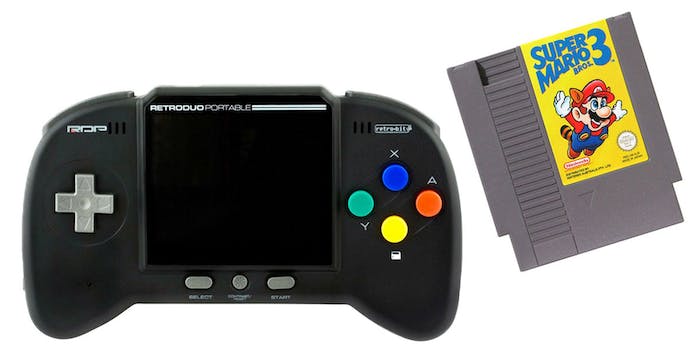 How to play NES games now before the Classic Edition

Blow off those cartridges and start playing now.

Nintendo just dropped a nostalgic bomb on gamers, with the announcement of the NES Classic Edition. The console is a miniature version of the original, with HDMI outputs and 30 classic games built in.

Fans will have to wait until November 11 to get their hands on it, and there are currently no options to pre-order. The announcement may have also left gamers who still own their NES games disappointed, as the new console will not support cartridges.

If you can’t wait any longer, blow the dust off your old cartridges, and try one of these consoles instead.

They don’t have built-in options, but some are multi-console, meaning you could play NES and N64 with one machine. If you don’t already own the games, you can find plenty for sale here.

1) Play NES, SNES and Genesis games with the Hyperkin Retron 3. 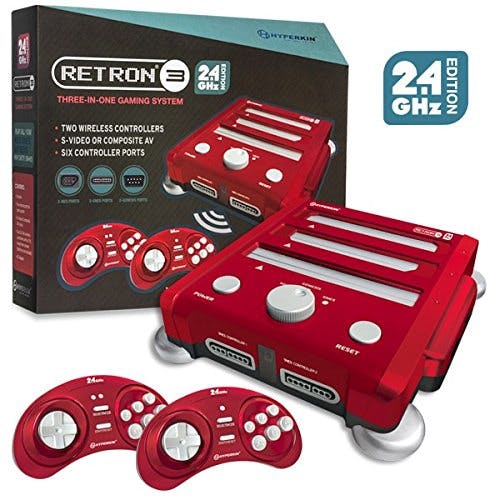 The Retron is a three-in-one gaming system that’s compatible with NES, SNES, and Genesis titles. It comes with two battery-powered wireless controllers. The S-video and AV outputs retain the retro quality, but make it far more convenient than rearranging cables to go from one console to the other. Plus, it saves you the outlet space. Grab it in the two most appropriate color options: red or charcoal grey. 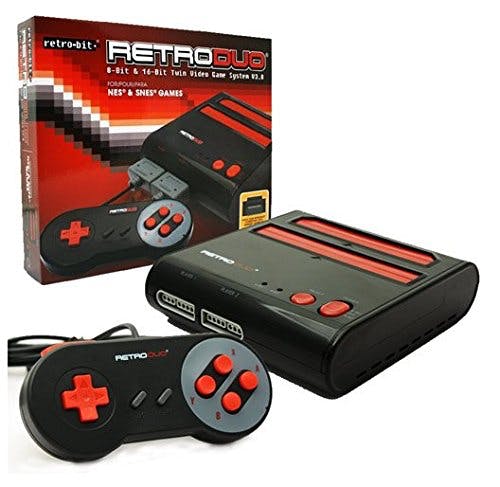 If you’d rather stick to a console that’s only updated in technology, Retro-Bit’s consoles are closer to the original. For a slightly lower price, you can still play both SNES and NES, but the two included wired controllers will feel a little closer to your childhood gaming days. The Retro Duo has an AC adapter and S-video, and it’s compatible with most 16-bit controllers.

3) The Gamerz Tek 8-bit NES system is the next best thing to the original. 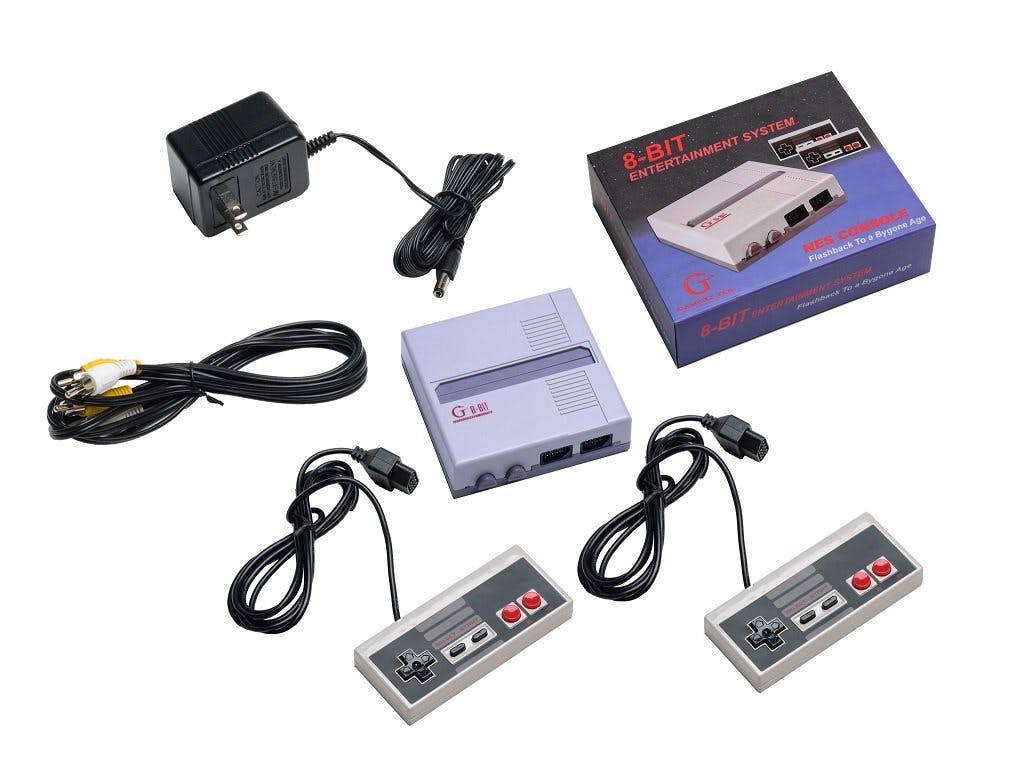 If you’d rather forego the bells and whistles, and stick to the closest possible replication of your beloved NES, this version basically looks and functions like the original console, but has the additional AC and A/V hookup to meet modern-day TV standards. The price is also far friendlier than buying a used, original NES on eBay. 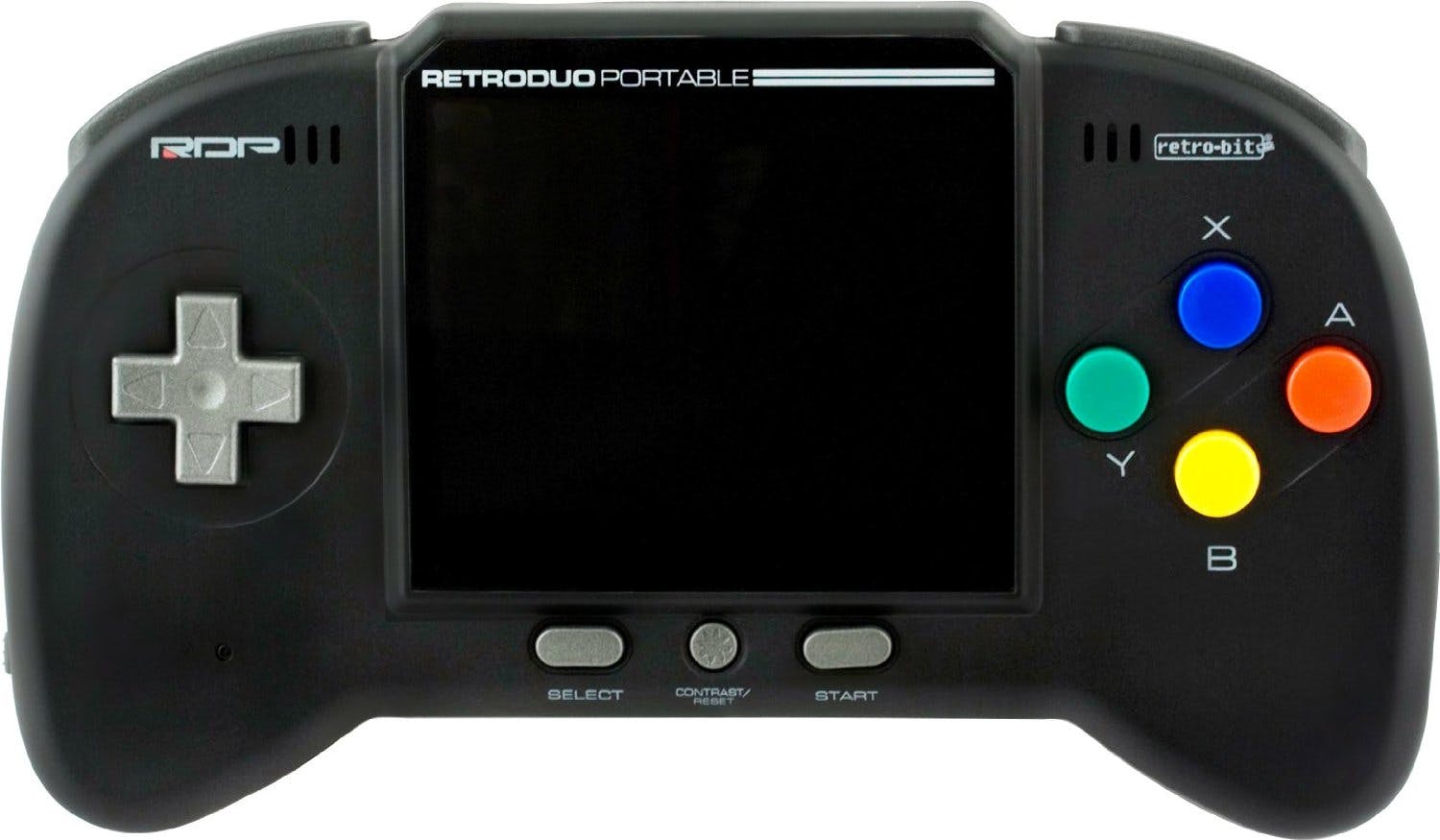 This is more than just a Gameboy for NES games. The portable console is compatible with NES, SNES, and Genesis games, and can hook up two controllers so you can play without a TV. It uses a rechargeable dual-capacity battery and can withstand 8 hours of gameplay on a single charge. The retroport adapter for NES games is admittedly clunky, however it’s still an impressive portable gaming system.

5) Play games on your computer with the USB Emulator controllers. 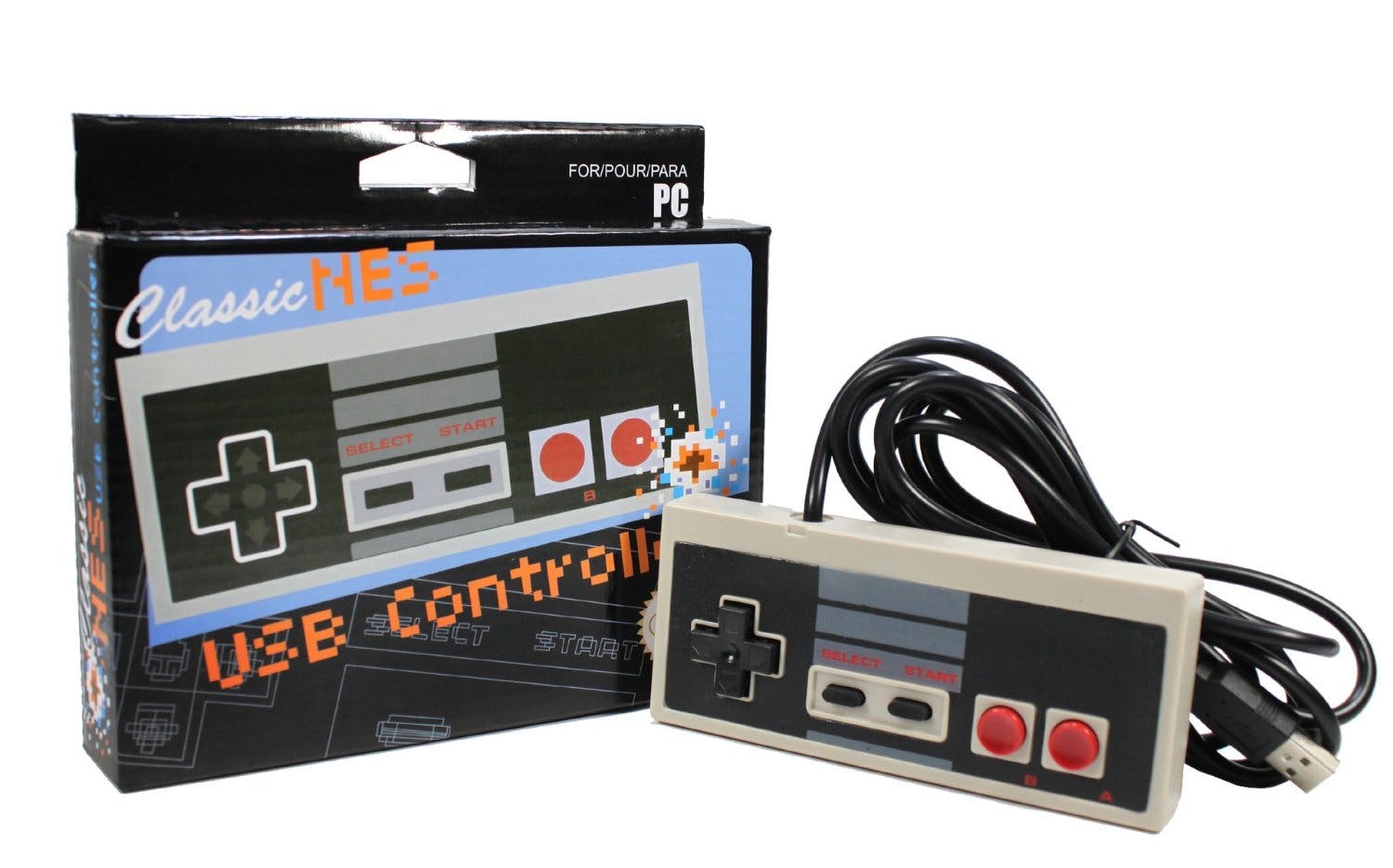 If you already own the cartridge, you can legally emulate the game off of ROM sites. Downloading copyrighted software is illegal and the Daily Dot does not advocate software piracy. If you’d rather ditch the console, and play the games you already own on your computer instead, there are emulator controllers that you can hook up via USB.