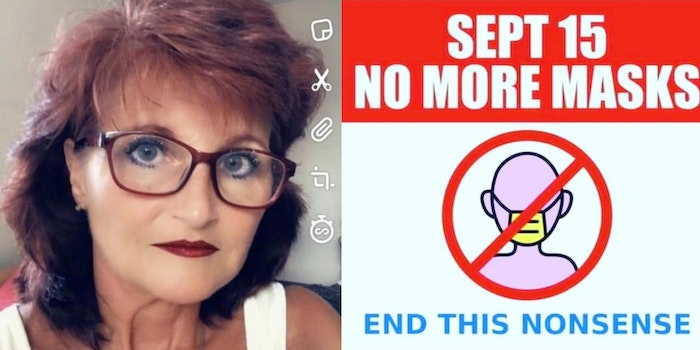 A mother was ratioed after she admitted to grounding her teenager for wearing a face mask to the store against her anti-masker wishes.