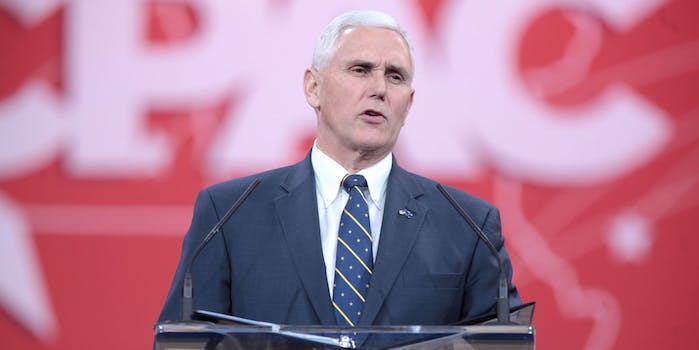 Vice President Mike Pence, who has long held anti-abortion views and passed anti-abortion legislation as governor of Indiana, will be attending today’s March for Life in Washington, D.C. He will be the first vice president to ever speak at the march in its 44-year history. Presidential advisor KellyAnne Conway will also speak.

Organizers believe the march “will see a surge of energy with the ascension of a president who is expected to move forward on antiabortion policies, including defunding Planned Parenthood and appointing an anti-abortion Supreme Court justice,” according to the Washington Post.

During his first week in office, President Donald Trump and a Republican-led Congress have already shown where they stand when it comes to a woman’s right to choose. In an executive order, Trump reinstated the global gag rule Monday, which denies funding to international NGOs that present abortion as an option for reproductive health. The House also passed H.B. 7, which makes permanent the Hyde Amendment, denying federal funding to be used to pay for abortions. Katy Talento, a member of Trump’s Domestic Policy Council, also said she believes “birth control causes abortions,” which it does not.

Experts say that policies that make abortion harder to access lead to more unsafe, illegal abortions, and “unnecessary maternal mortality.” Around 68,000 women die from unsafe abortions annually. And while there are many anti-abortion activists who want to increase access to birth control and sex education in order to make abortion less necessary, there are still many who want to ban abortion outright.