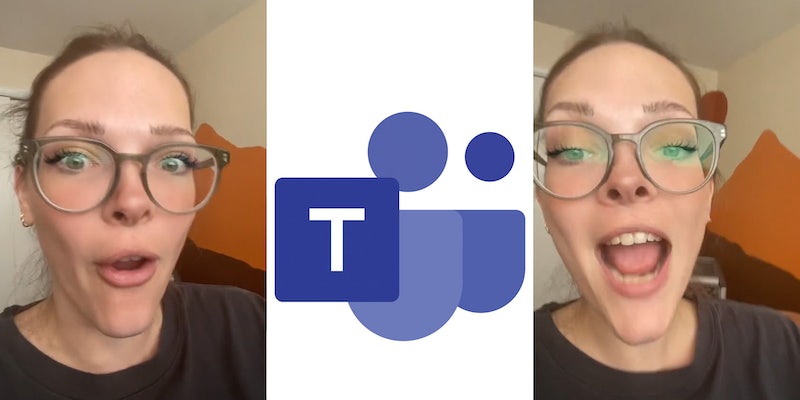 ‘It’s the worst part of working in the corporate world’: Remote worker rants about Microsoft Teams being a ‘narc,’ says application wrongfully sets her status as ‘away’

'Mine is yellow while actively working and I want to scream!'

A TikToker went viral after she posted a video of her ranting about her frustrations with Microsoft Teams while working from home.

For almost a minute, user @justapersondoinstuff expresses her rage about the Microsoft Teams software. She begins the video by yelling, “I’m really fucking fired up right now because I hate Microsoft Teams!” According to her, Microsoft Teams is the worst part of working in the corporate world, calling it a “narc” and a “snitch.” She says she can be less than six feet away from her computer and it would say that she’s “away” even though she’s right there. She further vents her anger about how she wants to be able to set her computer to “available” so she can do things for a couple of hours.

In addition to having to be constantly on her computer, the TikToker says Microsoft Teams makes it difficult to find documents. She allegedly has to go through different “teams” in order to find what she was searching for. Instant Messenger was what the company allegedly previously used and she says she misses it.

“I don’t have many problems. Fucking Microsoft is 100% of them,” she says.

Since the video was posted on August 4, it’s been viewed 44,000 times. It resonated with viewers and they expressed their rage about Microsoft Teams in the comments section.

“It’s the worse thing ever! And that ringing when a call is coming in-makes me want to jump out of a window!” one person wrote.

“I can’t stand TEAMS and Edge too! It sucks! I want my google chrome back on my laptop!!” a second agreed.

“Ooooohh my gosh, yes! Yes! That and this: “It’s on teams, it’s on SharePoint, sent you an email, I sent it in the chat, it’s on the other team,” a third shared.

“Yes!! I have ptsd from the call noise,” a fourth user wrote.

Other users offered advice and solutions to her problem.

“I turned off my read receipts in Teams and it reduced my Teams stress by 40%. It still goes ‘away’ way too quickly which is the other 60%,” one person wrote.

“Invite yourself to a video meeting. Join the meeting with yourself. When your status gets changed to “on a call” just change it to available,” a second suggested.

“I play a 24 hr fireplace video on YouTube sometimes. It helps me stay ‘available,’” another said.