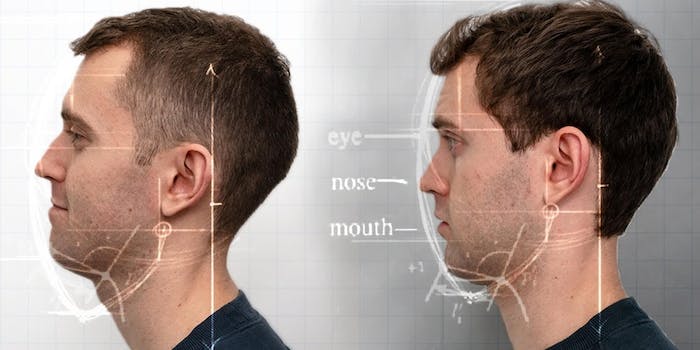 What is mewing—and does this weirdo fitness trend even work?

If you’ve spent any time at all on Instagram or YouTube, you know that both platforms are kind of a mess when it comes to influencers—especially those who specialize in fitness.

Just a few months ago, one #fitstagram influencer faked her daughters’ kidnapping in order to intimidate her Instagram rivals. Countless more have faced criticism for the fatphobia inherent to their content. YouTube has had its fare share of bonkers fitspo creators, one even stabbing his Tinder date.

Thankfully, most fitness content these days seems to be tamer, although there is a new wonky trend taking over both Instagram and YouTube called “mewing.” Here’s everything you need to know about it.

“Mewing” is a specific type of tongue and mouth exercise that supposedly helps with breathing problems, jawline definition, jaw pain, and tooth alignment. The idea is that exercising those areas in the face causes the corresponding muscles to tighten and define.

It’s certainly an appealing concept, which is why countless “mewing transformation” YouTube videos have racked up thousands—and sometimes millions—of views. Likewise, the “mewing” hashtag on Instagram is littered with before-and-after posts showcasing the apparent effectiveness of the trend.

Colloquially named after Dr. John Mew, the orthodontist who first popularized these exercises and coined the name of the general face-shaping practice of “orthotropics,” mewing is actually pretty simple.

Mewing essentially involves pushing the tongue flat up against the roof of the mouth repeatedly to exercise muscles in the jaw. Lots of teens on social media, whose faces are naturally changing shape because of puberty, are sharing anecdotes attributing their “transformations” to mewing.

As nice as it would be to have a magical method of transforming the human face, it’s just not possible with these kinds of exercises. While mewing isn’t dangerous, there is absolutely zero scientific backings that it works, according to numerous expert publishers like Healthline. This is nothing more than a reminder to remain skeptical of what you see online and to embrace your body as it is.