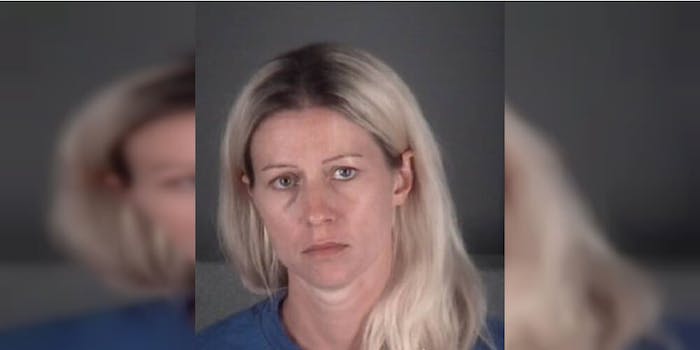 Fitness influencer faked a kidnapping, made hundreds of fake Instagrams to intimidate rivals

Tammy Steffen has been sentenced to five years in prison.

A popular fitness influencer and bikini model from Florida, 37-year-old Tammy Steffen, has been sentenced to five years in prison after she was caught harassing competitors and faking that her daughter was kidnapped.

According to Hollywood Unlocked, Steffen began her extensive campaign of harassment after she lost an online fitness competition. She reportedly believed her ex-business partner from a Tampa gym had sabotaged her chances of winning and began an elaborate revenge plot.

Over the course of two years, Steffen repeatedly contacted six people she viewed as competitors via phone calls, texts, and private messages on social media. In the process, she used 369 fake Instagram accounts, 18 email addresses, and voice disguising software.

The Washington Post reported Steffen’s cyber harassment methods ranged from repeatedly calling businesses so customers couldn’t get through and writing threatening messages. A message from one of Steffen’s Instagram puppet accounts reportedly said, “I plan to slice you up into little pieces, your blood shall I taste.”

According to the FBI, the harassment and cyberstalking caused the six victims “substantial emotional distress,” but it was Steffen’s decision to move things to the real world that was her undoing. In July 2018, she called the police to report that someone had left a headless doll on her yard with a note that said, “New toy for the kids.” Less than a week later, she again called the police to report that someone had tried to kidnap her 12-year-old daughter from behind their house.

Police took her seriously, searched the woods behind the home with dogs, and investigated the suspect Steffen had named: her former business partner. But he had an alibi out of town that proved his innocence. When investigators asked Steffen’s daughter to recount what happened again, she reportedly asked them what would happen to her mother if she told the truth, and things quickly unraveled.

Steffen was arrested at the time on charges of filing a false police report, tampering with evidence, and child neglect. As the investigation unfolded, charges of witness tampering and cyberstalking were added. Last week, a judge handed down the sentence of 57 months in prison.