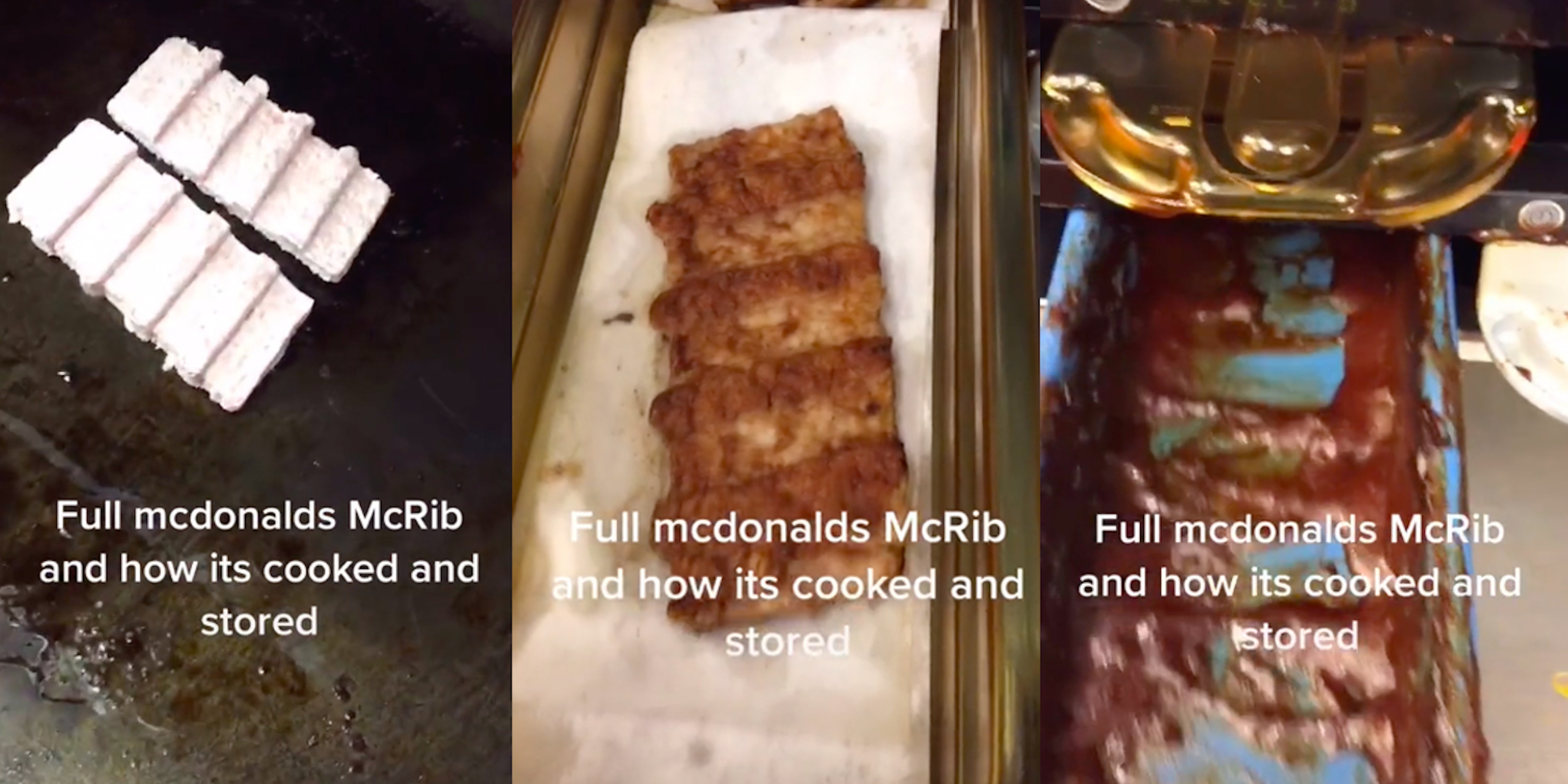 'Did you expect them to use real ribs?'

One of McDonald’s periodically available items, the McRib, is back at McDonald’s for a limited time. A worker is now going viral for showing viewers how the McRib is “cooked and stored” on TikTok.

In the first video the account, @thatonedepressedginger, posted, the alleged McDonald’s employee pulls out a tray of cooked McRibs, and the text in the video reads, “I don’t know how long these have been in here.” They allegedly get stored in the trays. The account then posted a second video, which backtracks to show what the meat looks like prior to being cooked: frozen and white.

This isn’t the first time the McRib has been “exposed,” however. A photo of the frozen McRib was posted to Reddit back in 2013 and looked similar to what the TikTok account posted. The photo circulated on the “WTF” subreddit seven years ago, and people today are having the same reaction as people did back then: disgust and surprise.

“We eatin bricks now?” one TikToker questioned after seeing the video.

As Snopes writes, “It’s the exact opposite of McDonald’s marketing that always shows its fast food in only the best light.”

In 2013, following the viral photo, McDonald’s released a statement to the Huffington Post. It explained of the McRib that after shaping the meat, “We then flash freeze the patty to seal in flavor and freshness, just like you freeze meat in your own freezer, before going to our restaurants.”

User @thatonedepressedginger’s first TikTok video has been viewed by over 3 million people since it was posted and has over 3,600 comments. Many commenters don’t think it is all that surprising the fast-food chain doesn’t use fresh ribs. “Did you expect them to use real ribs? They’re expensive,” the top comment reads.

“It’s just frozen, I don’t see the issue,” another commenter wrote, to which the video’s creator alleged that the McRib is made with “excess pork parts and gelatin.”