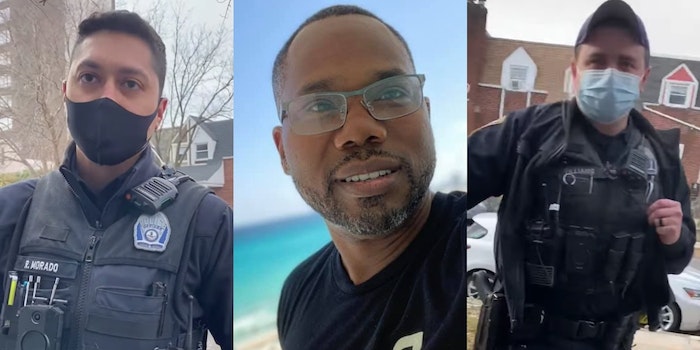 'NEVER have I been so embarrassed. It was hurtful and demeaning in so many ways.'

A recent Facebook video shows a Black man in Virginia being racially targeted by “nosy neighbors” and Arlington police. It’s yet another alleged case of white people using the local public safety as a technical support mechanism.