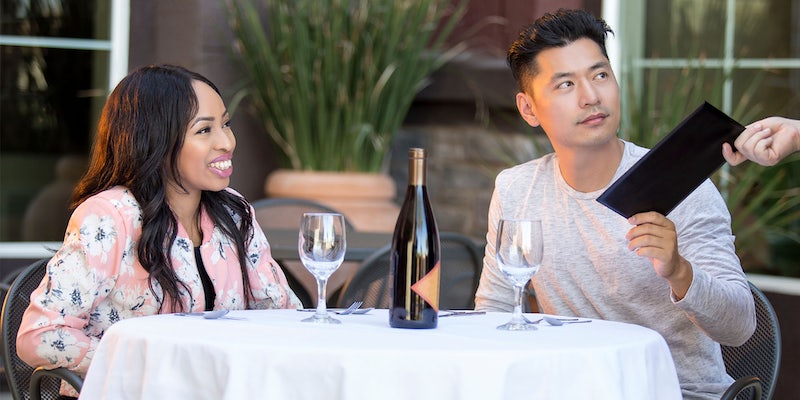 ‘I feel really bad because I know her’: Server says man with a girlfriend hit on her and tipped her $100, sparking debate

'It's not my fault that i provide EXCELLENT SERVICE?'

A server says that a man tipped her a hundred dollars because he found her attractive—and she knows his girlfriend.

TikToker Jessica Guevara (@jurassicah) posted about her interaction with the man on May 10, and on Thursday her video had been viewed 1.8 million times.

“I’m making so much money tonight,” Guevara says in the video after receiving the hundred dollar tip. “I want back to him and was like ‘Are you sure? You tipped me way too much.’ And he was like ‘Nah, I’m sure. You’re hella baddie.'”

The TikToker says in her video that she feels “bad” because she knows the man’s girlfriend.

“I am hella baddie, though,” Guevara says in the video.

“Its not my fault that i provide EXCELLENT SERVICE?” she wrote in the caption.

its not my fault that i provide EXCELLENT SERVICE?

Many commenters on Guevara’s video said she doesn’t need to feel bad about what happened—many told her to “get that bag.”

“As long as you tell his gf after,” @melayneeisntdead commented. “Get that bag.”

“Them bills don’t stop for nobody,” @htx.meatball65 wrote. “Get that bag.”

“Either you get the $100 or someone else will,” @papirigo08 commented.

Others stressed the importance of making sure the man’s girlfriend knows about what happened.

“She’s doing her job but if she’s not gonna tell the girl if she literally knows her then that’s just being a bad person,” @shwiftyhigh999 commented.

“If u know her [Instagram] tell her from an unknown account n pretend ur some1 who just saw what happened,” @hina_ta551 commented.

The Daily Dot has reached out Guevara via Instagram direct message.