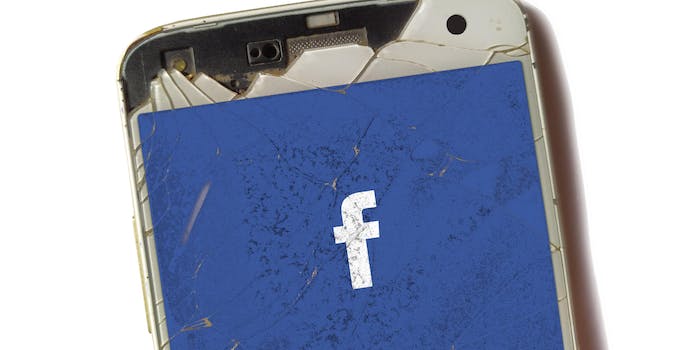 Man appears to kill his wife on Facebook live stream

He begged for the video to go viral.

A Bangladeshi man appeared to kill his wife on a Facebook live stream and begged for his video to go viral so that it would get the attention of the country’s prime minister. The man also posed on camera with his toddler daughter.

Tutul turned himself in to law enforcement after allegedly killing the woman with a machete, the Dhaka Tribune reports. Tutul has been arrested, and his cell phone was seized.

The video starts with Tutul grumbling and asking for “forgiveness,” claiming his whole family was “destroyed” and that he is killing the person behind the “destruction.” He speaks in Bengali.

He asks his viewers to take care of his siblings and his daughters and claims his family had nothing to do with the killing.

“I am solely responsible for this,” he says. However, in cases of domestic violence against women in Bangladesh, it’s not uncommon for a husband’s family members to be involved.

Tutul then begs viewers to make his video go “viral” and bring it to the attention of the country’s prime minister. He doesn’t explain why.

He then holds his phone on the side and is heard hitting something with a lot of force.

Back onscreen, he blames the victim for “blackmailing” his family and says, “From today, she won’t be a problem.” He is also seen carrying a toddler who he identifies as his daughter and says she “endured a lot of torture.”

Later in the video, a woman’s body is seen lying in a pool of blood on the floor.

According to BBC Bangla, some people shared the video and said they downloaded it before they got deleted. This is not uncommon; previously, following live streamed or documented murders, platforms like Instagram and Facebook have scrambled to contain the content from being spread.

In an email to the Daily Dot, Facebook condemned the video.

“We are deeply saddened by this murder and our thoughts are with the victim and her family. We’ve removed the video from our platform and have taken steps to keep people from sharing it,” a spokesperson said.

Facebook temporarily blocked people from creating usernames similar to Tutul’s. The original video has also been marked with a digital fingerprint that would lead videos with similar visual content to be identified and removed.

As of 2016, more than 50% of married Bangladeshi women were reported to have experienced physical and/or sexual intimate partner violence at least once in their lives. In recent months, cases of domestic violence have surged while people are stuck at home with their abusers under coronavirus-related lockdowns.