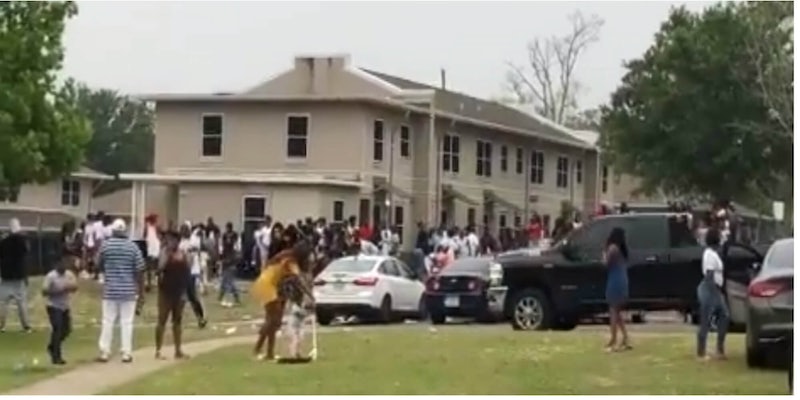 It took police two hours to break it up.

On Sunday, more than 100 Pensacola, Florida residents gathered at an apartment complex to have an Easter cookout, despite being under a stay-at-home due to the coronavirus.

Several videos that circulated on social media showed the gathering. The publicity of the event eventually caused local police to appear on the scene.

According to Fox News, one Facebook Live, which was recorded by an attendee, showed police using megaphones from their vehicles to instruct residents to obey Florida Gov. Ron DeSantis’ stay-at-home order. Other officers patrolling on foot tried their best to convince residents to leave and go home.

After two hours of police intervention, the crowd eventually dispersed, according to 7 News Miami. Yet, no citations were issued and no arrests were made.

As reported by 7 News Miami, “Pensacola police have not been instructed to write citations or make arrests,” instead they have chosen the route of crowd management and educating citizens on “the importance of social distancing.”

Reporter Rebekah Castor uploaded her own video of the Easter scene to Twitter; prompting angry reactions from viewers.