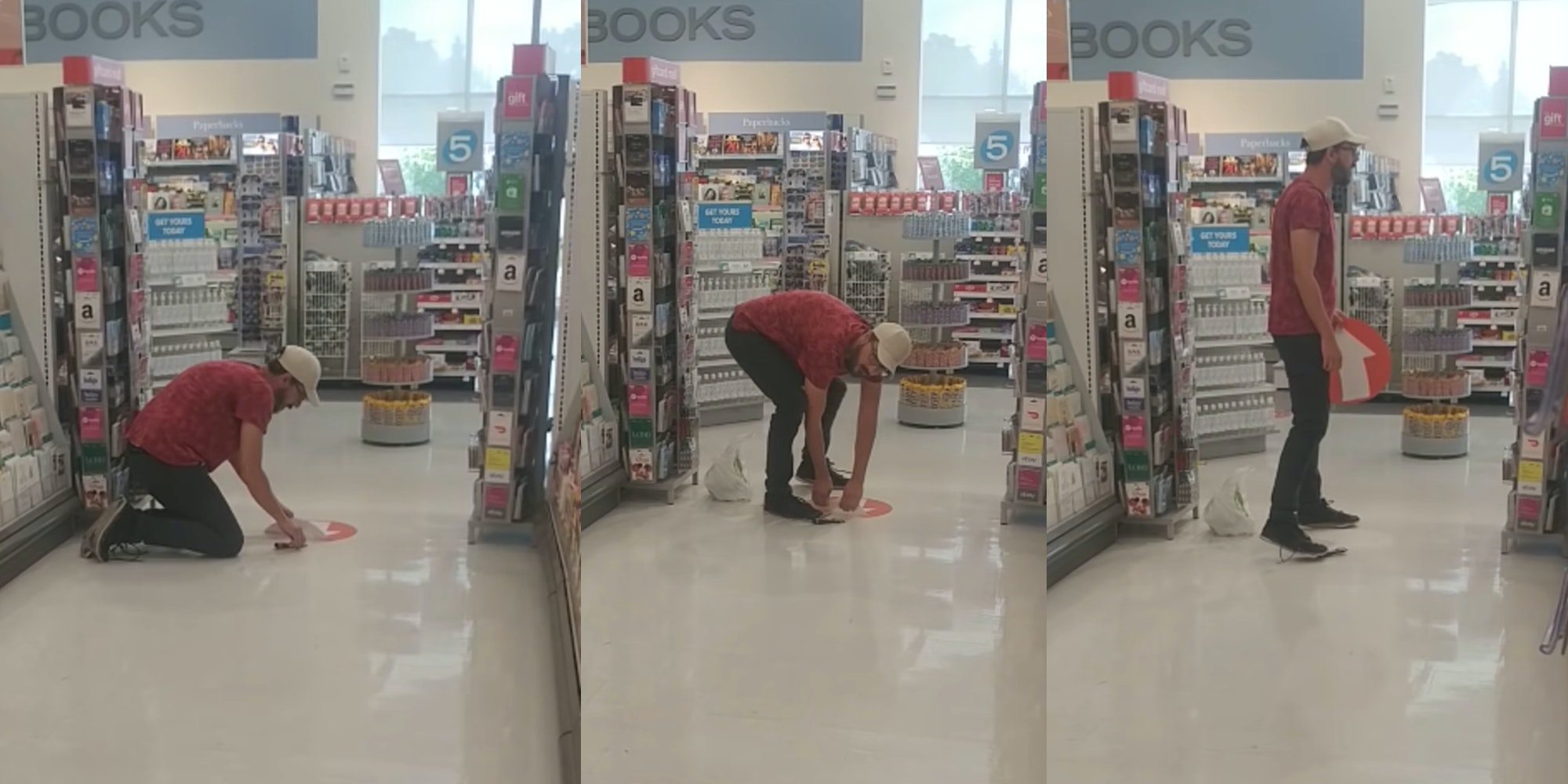 A man in Canada is raising eyebrows after being filmed in a drugstore scraping social distancing stickers off the floor.