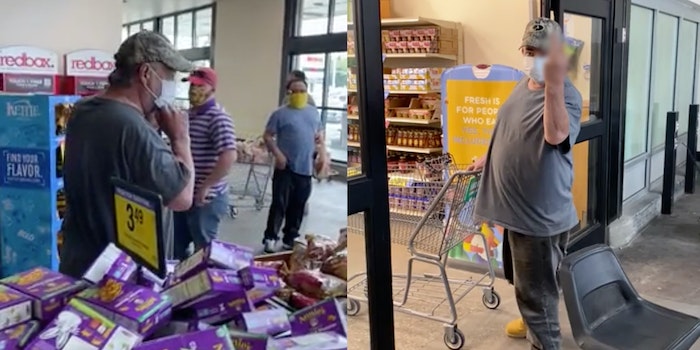 'It's America. Freedom of speech and expression. Don't like it, leave.'

America is still tripping its way through a pandemic, due in large part to the refusal by many to wear a face mask in public. These people have come to be known as Karens.