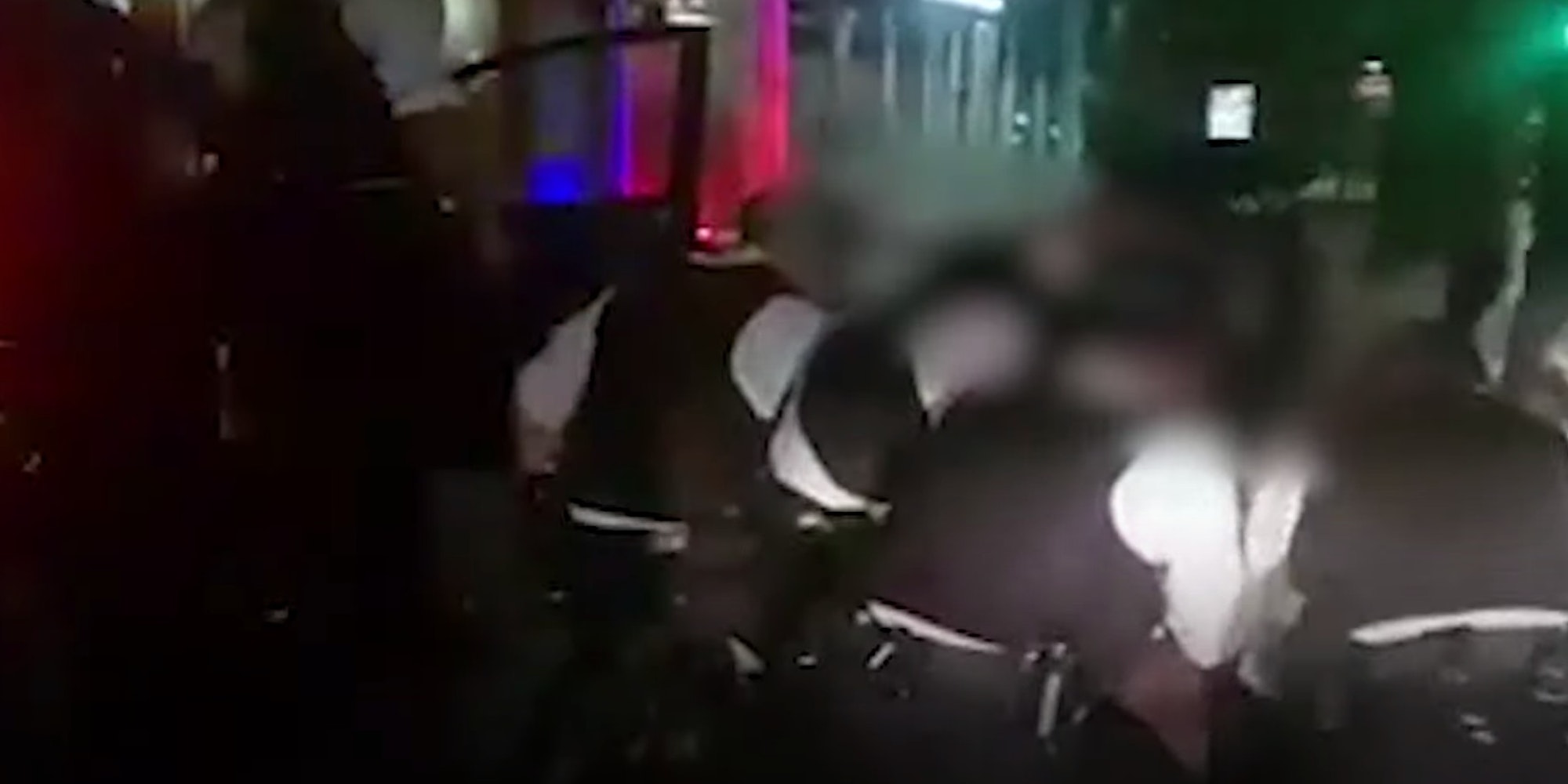 The woman said a male officer 'buried' his knee into her neck.

London police are under investigation after a resurfaced video showed a group of officers huddled over a Black woman as she yells, “I can’t breathe.”