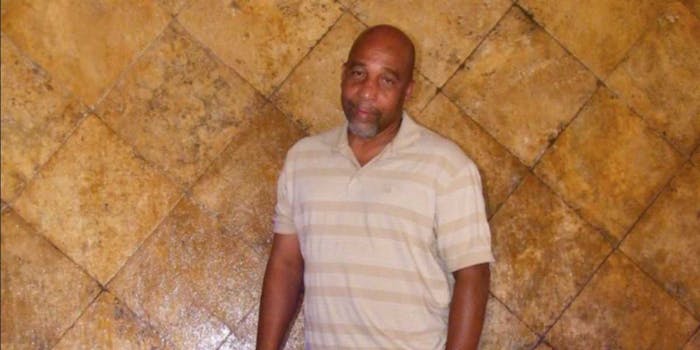 Black pastor arrested after calling 911 on white people threatening him

The pastor made a YouTube video detailing the incident.

A Black pastor in Virginia said that he was arrested earlier this month after calling the police on five white people who were trespassing on his property and threatening him.

Leon McCray recounted the story for his congregation in a video uploaded to YouTube last week. The trouble began, he says, when he saw a man and a woman dragging a refrigerator to his dumpster. He asked them to leave, but they refused.

“They became irate and began verbally attacking me and threatening me about what they would do,” McCray recalls. “One of the individuals got in my face and was going off. The other individual left. He came back with three more people. Now I’ve got five people, three males and two females in my face, attacking me, verbally and physically. And threatening to kill me.”

He goes on to describe in detail a scene in which he was fully surrounded by all five people as they continued to harass him.

“At the same time, these same individuals was threatening my life, telling me that my Black life, and Black Lives Matter stuff…they don’t give a darn about that stuff in this county, and ‘they could care less if we would kill you,’” he said.

McCray ultimately pulled out his gun, for which he has a concealed carry permit, and called 911.

But when the cops showed up, McCray was the one who wound up in handcuffs.

He says the police asked him to hand over his gun and talked to the five people who harassed him without actually hearing from McCray himself. Afterward, the police told McCray they would have to arrest him for “brandishing a firearm.” The police then took him away in a cop car as the group of white people on his property watched them go.

Two days after his arrest, McCray and Carter sat down, and Carter apologized for the way he was treated and agreed that the charge against him was inappropriate. According to a Facebook post, he also charged four of McCray’s alleged attackers with assault or trespassing and later charged the fifth with assault by mob.

Carter added that the police are investigating the officers who responded and that two staff members are on unpaid leave while he reviews the incident.

However, as of Monday evening, the pastor said the charges against him still haven’t been dropped.