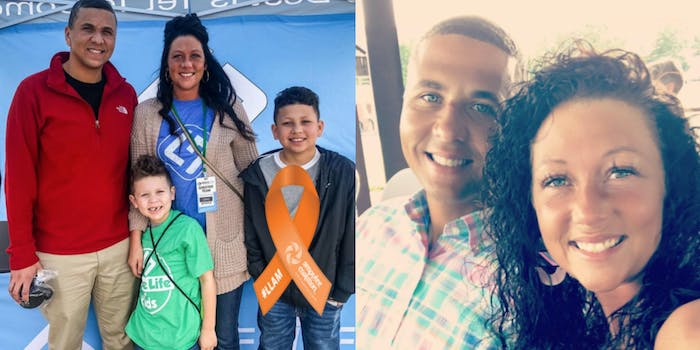 He made the post seven hours before the family was found dead by police.

Police reportedly found the family dead inside their Kentucky home on Sunday morning. Kyle Milliken, 41, wrote a Facebook post about his wife Ashley Milliken, 35, just hours before allegedly fatally shooting her and their two children, Kjae Milliken, 13, and Kycohn Millken, 8. He, according to the Daily Mail, posted to Facebook seven hours before the family was discovered dead by police.

In the post, Kyle claimed Ashley betrayed him, according to Yahoo News Australia.

“My kids are my everything, a women [sic] can come and go. If she is not happy You can’t make her happy!” he reportedly wrote. “A lot of the time, she was going to do it anyway, but when u pick someone up and carry them for years and she still betray you, what do you do?”

In the post, he included 80 photos featuring Kjae and Kycohn playing baseball, hunting, and fishing, according to the Daily Mail.

“I have got to say I love my boys with ever ounce of me! Everything I have done in life as a adult has been for them, to have a better life than I’ve had growing up. Then you have this stuff pop up and throw a whole wrench in it!” he wrote of his children. “MY EVERYTHING, nothing else really mattered.”

He also mentioned a person named “Donnie,” though it remains unclear who Donnie is.

“There is one person that knows the story behind this journey. Donnie be glad I did find you tonight,” Kyle wrote.

All four deaths are still being investigated by police.